Sudden closure of Llandudno store after several decades in business 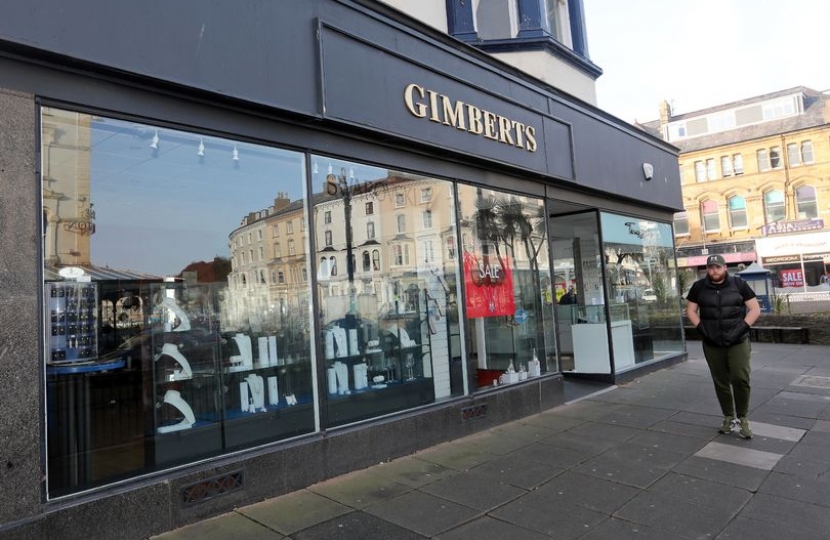 A prominent retailer that has been trading in Llandudno for several decades has closed suddenly - with customers left in the dark about what is happening.

Gimberts - which stocked luxury jewellery and watches and had been well known for its fine china - has been in the seaside town for more than 40 years.

But the Mostyn Street store failed to reopen after the New Year break.

The store has stayed closed since then but there has been no message on the door or on social media for customers.

North Wales Live has been unable to contact the owners.

Cllr Greg Robbins, who represents the Mostyn ward in Llandudno, said: "I wasn't aware of any issues so it was a surprise to see it close.

"It is always a shame to see a shop close in Llandudno but this is a very good location so hopefully it will not be vacant for long."

He said: "We have to do more - the rates on Mostyn Street are high and then people have staff costs, rent, gas, it is a lot before you even start trading and trying to make any sort of profit.

"This is the way it is going unless we do more.

"There are good things happening in Llandudno but we need good shops here, it is all part of the tourism offer in the town."

Aberconwy AM Janet Finch-Saunders said: "It is extremely sad news that one of our town’s most popular jewellers and fancy goods stores has closed down, and that more local jobs have been lost.

"Whilst I have not been advised why the shop has closed, the decision to cease trading on Mostyn Street should set alarm bells ringing.

"Recently, following my criticism of the ineffectiveness of Business Wales in Aberconwy, the Minister for Economy and Transport has agreed that a member of staff will be based at the Conwy Business Centre to support business start-ups.

"However, more action is needed to help what is one of Wales’s leading high streets. As I said in the Senedd earlier this month, it is time for Llandudno to have a seaside town fund."