Too plump to pedal! Council plans to loan obese children £2,000 electric bicycles to help them lose weight because 'they can't ride uphill' 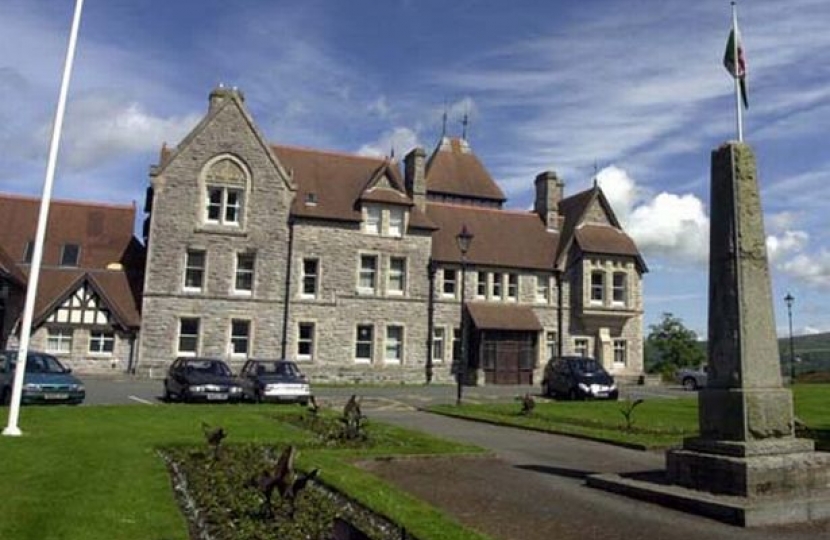 Obese children are to be loaned £2,000 electric bicycles to help them lose weight - because they struggle to use traditional ones, if proposals go ahead.

Leisure bosses say electric bicycles, rather than traditional pedal ones, will help obese youngsters navigate difficult terrain in the county.

E-bikes work like normal bicycles but have a small battery powered motor attached that can drive it when the rider needs some assistance on trickier terrain.

Conwy Council was asked to match-fund £5,000 already provided by the Youth Cycling Project - an external source - for five e-bikes, after the pilot scheme with a local school.

The council report said: 'Having run a pilot scheme on a smaller scale within a local school using traditional bicycles, the evidence was clear that e-bikes can help those with weight management difficulties to engage in sport.

'Using the bike as a tool to experience the outdoors without the e-bike would not have the ability to ride up hills thus making it more accessible and enjoyable.

'Other benefits include less time on video games and social media platforms. Long term goals include making the transition on to traditional cycling and long lasting health benefits including a lower body mass index.'

According to a report, around a third of all schoolboys and girls in Conwy are overweight - the highest in North Wales.

The NHS Childhood Measurement Programme 2016/17 say that 32 per cent of Conwy boys are overweight or obese – the highest percentage across North Wales and second highest across Wales.

Similarly, thirty per cent of Conwy girls are also overweight or obese – the fourth highest across North Wales.

But residents say the proposed initiative is yet another example of 'out of touch' town hall chiefs wasting taxpayers' cash on 'nonsense' projects.

The council is already under fire for committing £58million of taxpayers' money on rent for its brand new headquarters in Colwyn Bay over the next 40 years.

While at the same time the local authority has cut bin collections to just once a month.

Residents are angry that, despite a reduction in services, their council tax rose by five per cent last year.

They have also been warned to expect an even bigger hike in 2019.

One local, Mair Dempster-Jones, said of the bike plan: 'Tax payers paying for this nonsense again. Get them walking, that is free.'

While another, Caroline Dawson, added: 'These kids need to be getting a sweat on, and not given the luxury of power assist over difficult terrain. They're eight, not 80. Sad times.'

Others branded the plan 'stupid' and a 'joke'.

Janet Finch-Saunders, Tory AM for Aberconwy, told the Daily Mail that the move did appear 'bizarre'.

She said: 'It's good that the local authority are looking to get obese and overweight children outdoors and cycling but the logic behind getting them to use an electric bike, rather than a pedal bike to propel them along, needs a better explanation.

'I do find it slightly bizarre. Electric bikes are expensive, surely they would be able to reach out to more children by purchasing bikes without batteries.'

In September, Conwy became the first local authority in England and Wales to slash bin collection to once every four weeks.

Council chiefs claim it will save them almost £400,000 a year in landfill costs, plus help them meet tough recycling targets set by the Labour-run Welsh Government.