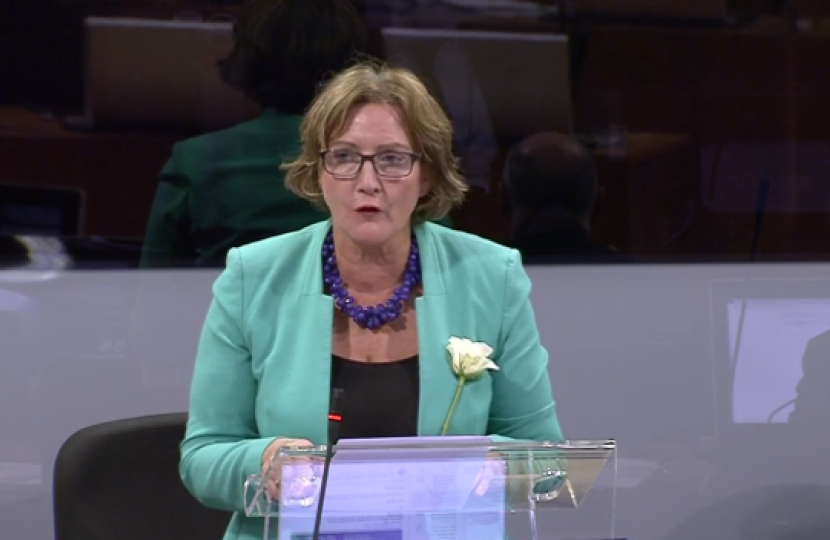 Thank you, Deputy Presiding Officer. Although most of us here today will be aware that e-sports do generate a similar level of interest and excitement, as does the World Cup. To date, the Welsh Government, however, has not taken full advantage of the immense economic benefits that are to be gained from promoting this industry by facilitating collaboration with stakeholders.

E-sports and the gaming industry are a source of entertainment that is particularly popular, of course, among the male population. Increasingly, this industry has assumed a central space on the internet and in the media. Now, given the immense technological advancement of our society, and our enhanced inter-connectedness with our regions, people and ideas, the popularity and availability of online games has multiplied.

According to NewZoo, the UK e-sports audience in 2016 was 6.5 million, and this is expected to increase with improved access to streaming platforms such as Sky Sports, YouTube and Twitch—I've never even heard of that last one. The Welsh Government must recognise that this industry has serious potential to accelerate our economic growth, generate jobs for future generations and equip those that are involved and interested in this industry with the business, digital and creative skills that will put Wales on the map for gaming and e-sport success, like the current leader in the field, South Korea.

According to the conclusions of the Bazalgette review, 300,000 jobs were created between 2011 and 2015, and by 2030, 1 million new jobs are predicted to be created within this industry. In 2016 alone, the British Esports Association estimated that e-sports contributed £18.4 million to the UK economy in 2016. Given that over $5.6 billion was spent by gamers in the leading country, South Korea, the Welsh Government has to acknowledge the full potential of this rapidly growing and exciting market by beginning to make preparations for collaboration with creative organisations, gaming businesses and, indeed, our own universities.

Indeed, since it is our young generation who is fuelling this technological boom and e-sports success, the Welsh Government must acknowledge the benefits to be gained by extending collaboration with our Welsh universities, to develop partnerships with global technological companies, securing further investment and attracting the most competent graduates into Wales. English universities such as York and Staffordshire have already developed e-sports courses and modules that will equip young adolescents with an interest in pursuing a career in this field with the skills and knowledge that they will need going forward.

Furthermore, it is worth acknowledging that the University of South Wales and south-Wales based Tiny Rebel Games have collaborated with digital and creative companies such as Aardman Animations, and they have secured a multimillion-pound investment from the UK Government for the research and creation of a new virtual reality game. This type of investment needs to continue and extend to the promotion of e-sport events that can attract thousands of spectators to the very development of internet infrastructure and connectivity. Recently, in South Korea, 40,000 people attended the League of Legends world championships, and this success can be linked back to the Korean Government's investment into telecommunications and the internet. I therefore urge the Government to reflect on the points that I've made and my colleague David Melding has, and to initiate collaboration with technological and creative partners to give Wales and the Welsh people the best chance to capitalise on this global development. Thank you.