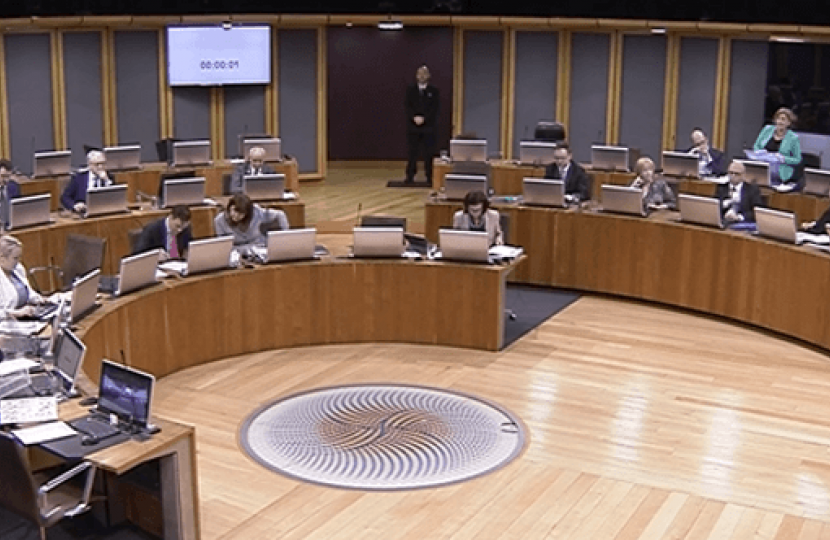 Thank you. And, before bringing this debate to a close, I would like to thank colleagues across the Chamber for actually contributing to this very timely debate. After all, it is now when our constituents and hard-working families and pensioners will be receiving those hefty council tax bills. Now, local government underpins the delivery of our very vital public services, and is really in close contact with the people that we are also elected to represent. Now, while new data has become available from StatsWales and the Wales Audit Office, the issues that we've heard today are all too familiar. They say local government funding requires a comprehensive overhaul. As concluded by the auditor general:

'it is important that councils do not add unnecessarily to the burden placed on council-tax payers, by raising more income through council tax than is necessary to deliver council services'.

Most crucially, where councils hold significant reserves—and they say this—it is essential that these figures are reflected in their own budgets.

Now, Dai Lloyd and several other AM colleagues blamed austerity, and that is very much an overused word in this Chamber, because, thanks to the UK Government's managed clearance of its inherited deficit—and it was inherited, you cannot deny that—it can now start repaying UK debt and increasing the spend on public services. And we cannot deny the fact that, for every £1 provided to England, £1.20 comes to Wales. So, this really isn't about whether the money's in the pot; it's how that money is then spent.

It has been touched upon that, where councils hold significant reserves, it does seem unfair to many of my constituents, when they say, 'Well, they are holding over £100 million, why have they had a 1 per cent increase when my local authority is holding pennies compared to that and they've seen -0.3 per cent?' And when that's all calculated back into council tax increases—you know, we have an older demographic; it is so unfair and it is so wrong. But I have got to be honest with you, you are the first Minister in eight years—I think I have had five local government Cabinet Secretaries; you are the first Minister, Julie, that has acknowledged that we are concerned about the formula and that you are going to provide a technical briefing and that we are able to participate in how we feel that those indicators ought to be addressed. So, actually, I'm quite heartened, and, if it's taken our debate to do that, then that's good news.

Now, as commonly cited, the regional variation in reserves between councils is quite shocking. Rhondda Cynon Taf: £152 million. Now, I raised it with your predecessor as to why those roll-over amounts were not being challenged. It was the same local authorities holding pennies and the same local authorities holding vast millions, and I really do think that you—. And I would ask you, please, to have a different approach and look across the board as to who is holding on, who is squirrelling away that money and then also receiving very good settlement figures. This was highlighted by Flintshire County Council's #BackTheAsk campaign, urging the Welsh Government to alleviate their financial crisis.

Now, let's go on to education funding, because Suzy Davies is quite correct to raise the issue that there's some disguise going on there. When funding goes through to local government and then is not passed to our schools, that's even more of a scandal that's going on here in Wales. Education providers, local authorities and even the unions are up in arms about this. It is unfathomable and completely unjustified that £450 million of school funding does not even reach the classroom. So, again, you ought to be working more closely, perhaps, with the education Minister about how we get that money into those schools, because right now I've got teachers having to buy books, pens and other materials to use in their schools.

The thing is here, we have got an issue in Wales. We have got the funding coming into Wales. The local government formula needs to be looked at, and I think that you do have an appetite to look at that, Minister. Also, though, I think you need to look, in next year's budget, at the settlement given to local authorities. All I ask for, all we ask for on these benches: let's have some equity, let's have some true equality when it comes to the spend and the distribution of the settlement across our local authorities in Wales. Thank you.