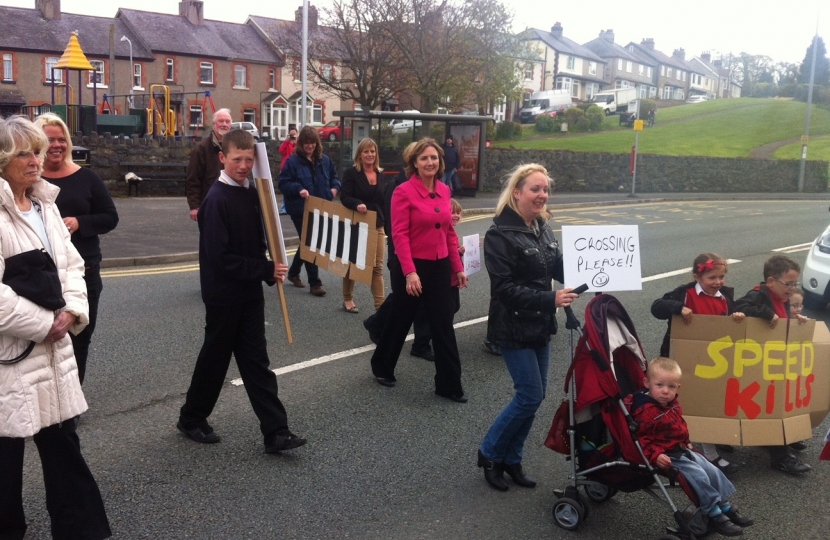 A promise has been made by the Welsh Government to take action on introducing a safe pedestrian crossing on the busy A470 in Glan Conwy.

Following years of community campaigning for a safe crossing in Glan Conwy, Janet Finch-Saunders, AM has secured a promise from Ken Skates minister for economy and transport, that action will be taken.

She said: “Since the Welsh Government announced its plans to improve Black Cat roundabout I have been clear that pedestrian safety at the heart of Glan Conwy should not be overlooked.

“The minister has disclosed a new traffic light system could result in an increased risk to pedestrian safety in Glan Conwy. So to address this, he has committed to push forwards the plan for a safe crossing in the village.”

Janet added: “To my delight, the Welsh Government has finally agreed that action should be taken.

“Having listened the minister is now proposing to upgrade the existing crossing point at the junction of Church Street and A470 in Glan Conwy, and develop the existing footway on the west side to provide a shared use path to link Church Street to the leisure facilities and businesses at Cae Ffwt.

“I hope that as many residents as possible will attend the public event on this matter once the Welsh Government decide on a date”.