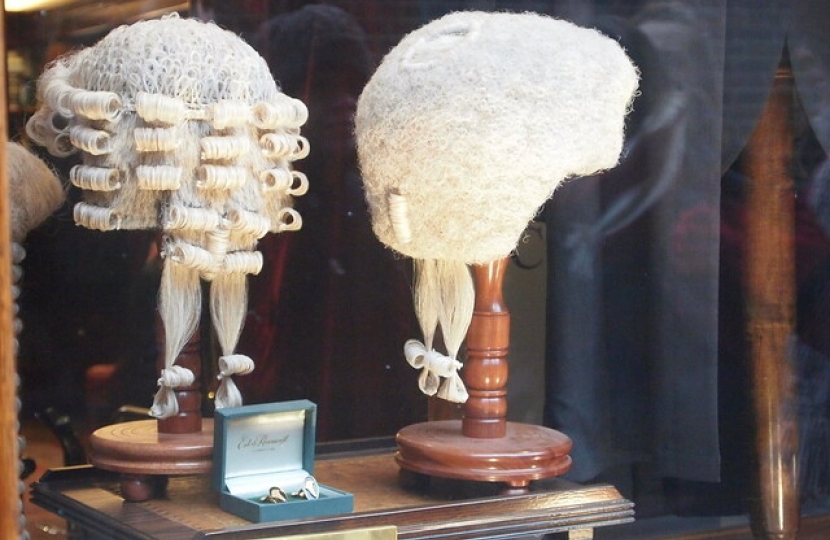 After finding that the Welsh Government had spent at least £1.4million on barristers during the last three financial year, Janet Finch-Saunders, Assembly Member for Aberconwy, has this week challenged Jeremy Miles AM, Counsel General and Brexit Minister on this use of tax payers money.

Responding to the comments made by the Counsel General, Janet said:

“When considering the tax payer funded team is capability, I am surprised that around £1.5million has been spent on barristers during the last three financial years.

“Frustratingly, despite the Counsel General giving me assurances that judgment on when to instruct counsel is very carefully taken, it is extremely difficult to be sure that this astronomical expenditure represents value for money.  This is because details of instructions are protected by legal professional privilege.

“Certainly, I am not opposed to the Welsh Government seeking advice from barristers on complex legal matters, but the fact that millions of tax payers’ pounds are being spent on a service we are restricted from knowing much about, really does rub salt into a serious wound.  This is one that has recently come to the fore as part of cases which have seen communities and elected members take matters to the planning inspectorate, and found that there was no Welsh Government support to help with the cost of legal representation.

“Going forward, I will continue to scrutinise the Counsel General so to ensure that there is no further increase in the average annual expenditure of £481,000 on barristers”.

Questions to the Counsel General and Brexit Minister (in respect of his law officer responsibilities) : The Welsh Government's Legal Services Department (2/4/19)

Will the Counsel General make a statement on the work of the Welsh Government's legal services department?

The legal services department is responsible for the delivery of all legal services to the Welsh Government, including advice on complex matters of public law, employment law and commercial law, the drafting of instructions to the Office of Legislative Counsel to draft primary legislation, the preparation of all Welsh Government subordinate legislation, and the handling of high-profile litigation.

Thank you. Of course, the Welsh Government is fortunate to be able to turn to a team of legal advisers on varying matters. But I was quite surprised, through the results of an FOI recently, to find that external lawyers conducting work for Ministers have been instructing counsel at rather an astronomical cost to taxpayers. For example, I found out that, during the last three financial years, almost £1.5 million has been spent by the Welsh Government on barristers. Also I'm aware that this is the minimum figure given for the spend, as expenditure on some instructions are not recorded. Now, whilst I appreciate that details of any instructions are protected by legal professional privilege, would you explain what actions you are taking to ensure that each instruction is considered essential, and that some transparency is introduced to the procurement of legal advice to the Welsh Government, so that a fully costed audit trail is evident?

I thank the Member for that question. The judgment on when to instruct counsel is obviously very carefully taken on a case by case basis. Counsel is instructed, for example, in relation to matters where advocacy is required in higher courts, or where legal advice is required on matters that are particularly complex or which raise novel points of law that perhaps may not have been addressed by Welsh Government lawyers in the past. What I would say to the Member is that there is a significant, a vast, amount of expertise within the Welsh Government in relation to a number of the areas that are outlined in my initial question to her, and that, as a result of that, we send out fewer instructions to counsel than we might otherwise do. And I often hear barristers in practice in Wales saying to me that they wish that we would externalise or send out more work than perhaps we do. But these judgments are careful judgments to balance value for money on one hand with the need for expertise and the level of advocacy required in some of the higher courts on the other hand. This is an area that I keep under review consistently, in relation both to the instruction of barristers and solicitors, and I do so with those two critical principles in mind.