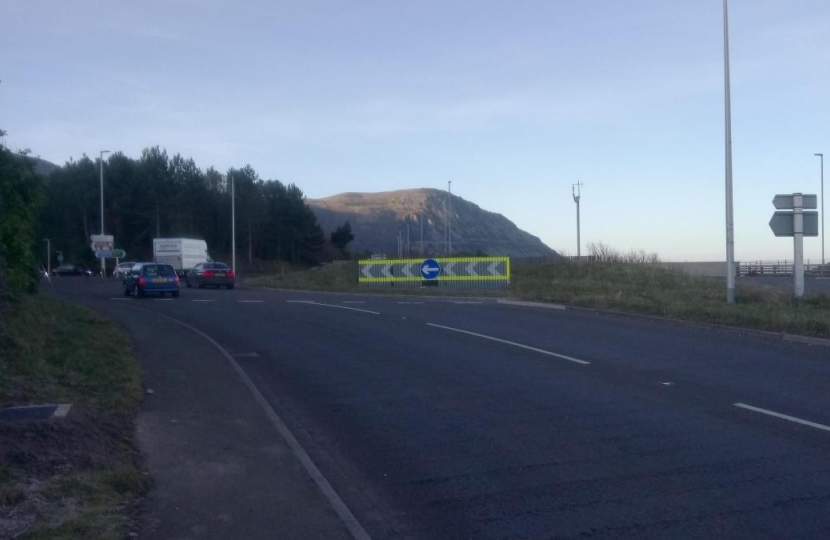 The Member of the Welsh Parliament for Aberconwy – Janet Finch-Saunders MS – has underlined the need for clarity following correspondence from the Welsh Government’s Deputy Minister for Climate Change which appears to suggest that the Welsh Government are progressing the statutory process for Junctions 15 and 16 on the A55 despite the possibility that the works could be scrapped by the roads review panel.

The update also appears to contradict the Deputy Minister’s statement, made earlier this year, that he was freezing all new road projects in Wales.

“Consecutive Welsh Governments have repeatedly dragged their feet on pushing forward these proposed improvement works, which has left the residents and businesses of Penmaenmawr and Llanfairfechan in limbo.

“Whilst the previous Welsh Government confirmed that a decision on the works would be made early in 2019, the future remains uncertain.

“This Written Question response also appears to show that the Deputy Minister’s widely promoted commitment to freezing all new road projects has already begun to thaw. It is plain to see that the wheels have fallen off this attempt to cobble together a climate change policy response.

“Many years of public engagement has been spent trying to drive this project towards a conclusion. This is why the community deserves clarity and a firm, unnegotiable commitment as it cannot be right that the Welsh Government are progressing the statutory process for Junctions 15 and 16 on the A55, spending more taxpayers' money, only for a roads review panel to then come and scrap the entire project.

“I urge the Deputy Minister to rethink this muddled approach as it serves only to undermine the hard work of these communities to encourage investment into the region.”

A public consultation was held between June and August 2018, which gave residents the chance to express their opinions on nine different options for removing the A55 roundabouts in Penmaenmawr and Llanfairfechan at Junctions 15 and 16. The latest substantive response to Written Questions posed by the Mrs Finch-Saunders now confirms that a further Public Local Inquiry on the junctions will commence on 21 September 2021.