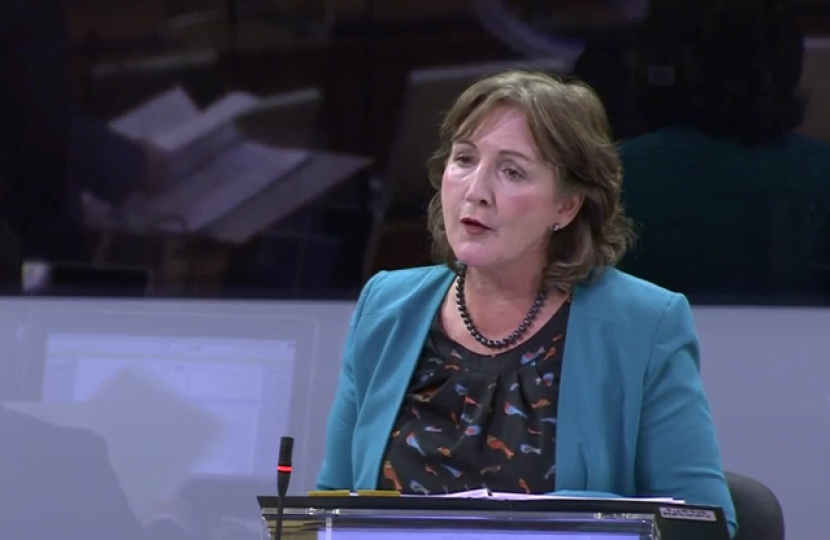 The Member of the Welsh Parliament for Aberconwy – Janet Finch-Saunders MS – has today (11 August) spoken of her dismay at the Welsh Government’s continued ‘fear of independent challenge from opposition Members’ during the present recess period.

Members have been restricted in their ability to scrutinise the Welsh Government’s response to the pandemic over recent months, with hybrid Plenary sittings curtailing question sessions and restrictions imposed on the use of the Written Question system. During the 2020 summer recess, Members have been told that they are only allowed to table five Written Questions a week.

Submission of a Written Question is also currently no guarantee of a formal reply within agreed time scales. Of the 46 written questions submitted by Mrs Finch-Saunders MS between June and July 2020, 13 have elicited a standard holding response. These merely promise to provide the Member with a ‘substantive’ reply at a later date. Another two questions from this period also remain unanswered.

Commenting on the revelations, Janet said:

“I am dismayed at the Welsh Government’s continued fear of independent challenge from opposition Members. Whilst I appreciate the strains that all Welsh Ministers remain under, the public expect the Welsh Parliament to maintain proper checks and balances throughout this challenging period.

“This is especially true when you consider that Welsh Ministers have missed COVID-19 testing targets, sent thousands of shielding letters to the wrong address and presided over a system which pressured elderly patients into signing Do Not Attempt CPR forms.

“With restrictions on contributions during hybrid plenary sessions meaning that many Members cannot speak, and an increasingly arbitrary limit to how many Written Questions a Member can submit, it is recklessly irresponsible for Welsh Ministers to avoid submitting full and proper replies to questions.

“This is a recess unlike any other. The Welsh Government must remain open to scrutiny by providing full and proper answers, within agreed timescales. Failing to provide these is a blatant affront to the public we are elected to serve.”