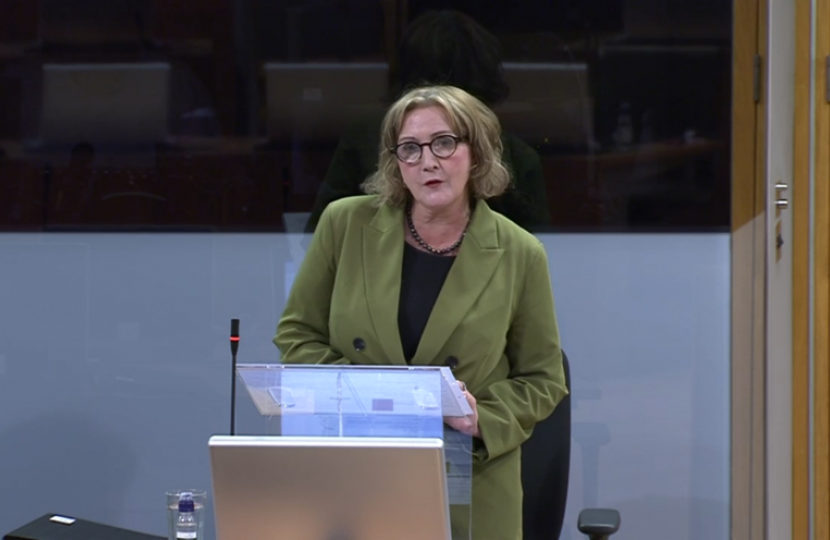 The Welsh Conservative Shadow Minister for Climate Change, Energy and Rural Affairs – Janet Finch-Saunders MS – has today (18 November) warned that there could be a post-Brexit environmental ‘governance gap’ as a consequence of Welsh Government inaction.

Commenting, following her questions to the Welsh Minister for Environment, Janet said:

“The Welsh Government has been repeatedly warned about a possible and avoidable post-Brexit environmental ‘governance gap.’ This responsibility cannot just be diced up between existing agencies. As I told the Minister today, Natural Resources Wales, as the environmental regulator, does not have sufficient independence for such oversight and the Future Generations Commissioner does not have a sufficient environmental focus.

“Almost 30 months after a stark warning from the Senedd CCERA Committee, the timeline for the establishment of a successor environmental governance body for Wales remains unclear. In comparison, the UK Government is now the process of appointing the inaugural Chair of the Office for Environmental Protection. The Welsh Government has no excuse for their inaction.

“It is clear that the Welsh Government has placed long-term arrangements for environmental governance on the back burner. Despite being less than two months away from the end of the transition period, it was only on Monday that interviews were held for an Interim Environmental Protection Assessor.

“The Welsh Government must answer urgent questions about how long this interim Assessor will be in post, and confirm whether their interim complaints system, due to become operational from 1 January 2021, will have sufficient capacity to deal with numerous concerns at a time.

“With global biodiversity loss happening at an alarming rate, and Climate Change impacting our homes and green spaces, this was a chance for Wales to be a world leader in green protections. That opportunity has been squandered by inaction and I hope the Welsh Environment Minister will do everything in her power to rectify the situation.”