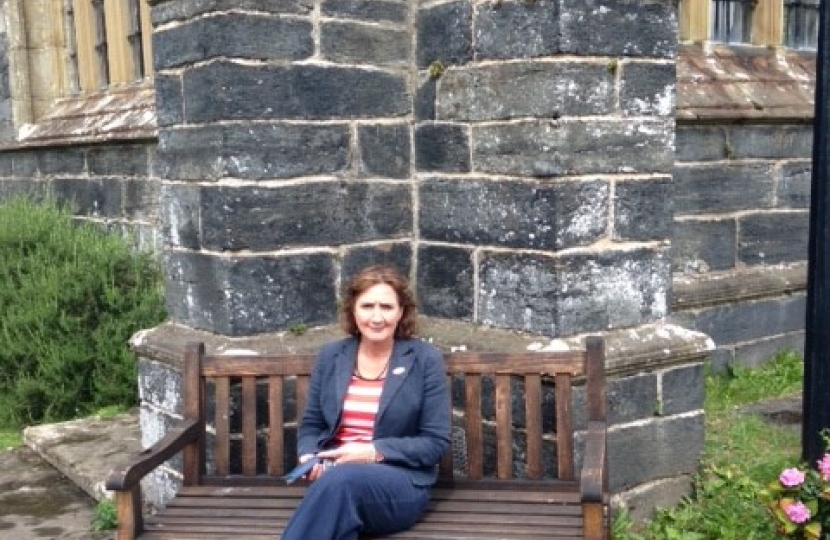 The Member of the Welsh Parliament for Aberconwy – Janet Finch-Saunders MS – has criticised the Welsh Government’s refusal to relax face covering requirements for places of worship following the receipt of a letter from Jane Hutt MS, Minister for Social Justice, in which she stated:

‘We have not yet reached a position where we can remove all protections and – in line with the latest scientific and public health advice – we will keep some measures in place at alert level zero. These include the use of face coverings in indoor public places such as Places of Worship.’

Commenting on the Minister’s response to her letter, Janet said:

“There is ample space in most places of worship to allow for sufficient social distancing and I know that venues have taken steps to improve ventilation.

“Rather than the State dictating what our places of worship should do, it is time that the Welsh Government let individual centres determine the risk posed to their congregation and the necessary mitigation measures that should be taken.

“Like many residents, I agree that it is hard to overlook the fact that it does seem unreasonable for places of worship to have no choice whilst the hospitality sector does.

“In fact, rather than the Minister’s fear of creating a conflict between deeply held religious convictions and personal safety, what she is overseeing is an existing conflict between the different standards places of worship and the hospitality sector are being held to”.