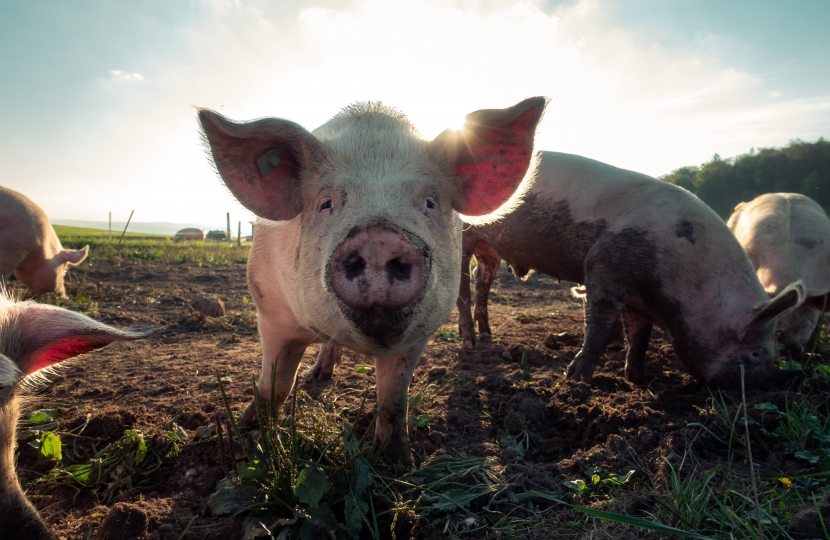 The Member of the Welsh Parliament for Aberconwy – Janet Finch-Saunders MS – has urged the Welsh Government to proactively investigate what steps they can take to help strengthen the abattoir and pig farming sectors in Wales.

In a Written Question to the Minister for Rural Affairs, Janet asked:

Will the Minister liaise with UK Government officials so to see abattoirs houses across Wales licenced to slaughter pigs?

Commenting on the issue, Janet said:

“At a time when many farms have seen 25% fewer pigs slaughtered each week, which has seen numbers rapidly stack up on farms, it is time for the Welsh Government to proactively investigate what we can do to help strengthen the sector in Wales.

“It is just nonsensical for pig farmers in Conwy County to currently have to travel to either Corwen or Wrexham to slaughter their pigs, when we could empower abattoirs like Llanrwst to undertake the skilled work. This would strengthen our rural economy and circulate money where it is needed most.

“The Welsh Minister for Rural Affairs needs to take a lead on championing Welsh abattoirs, and putting a strategy in place to see as many as possible licenced to handle pigs.”

Photo: by Pascal Debrunner on Unsplash