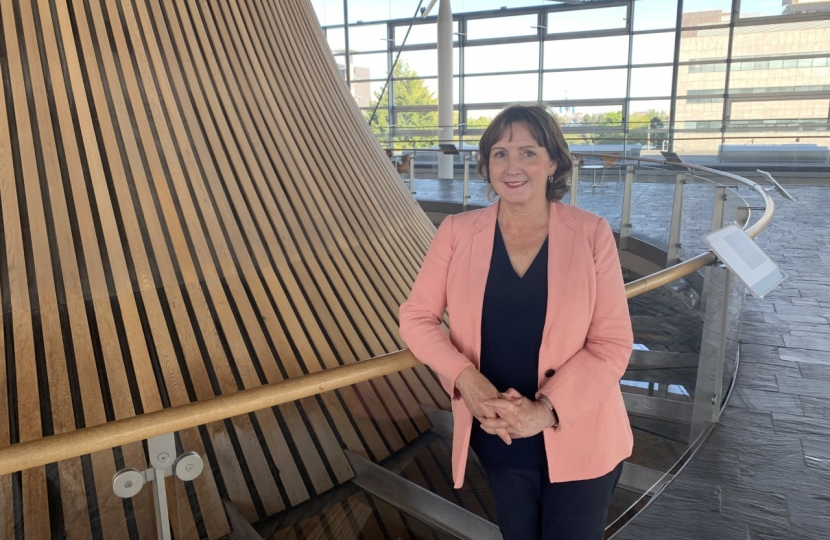 The Member of the Welsh Parliament for Aberconwy – Janet Finch-Saunders MS – has spoken out in the Welsh Parliament today at the need for Julie James MS, Minister for Climate Change, Welsh Government, to take steps to ensure that tenants of social housing are aware of the standards their accommodation should achieve in line with the Welsh Housing Quality Standard (WHQS).

The Member’s comments come following a tenant survey which highlighted that:

Speaking after scrutinising the Minister for Climate Change, Janet said:

“It is alarming that data points to the majority of tenants being unaware of the standard their social homes should be.

“It is equally worrying that there are examples of tenants waiting up to 10 years for repairs to be completed!

“There is cross-party consensus on the need to ensure that houses owned by associations and local authorities are in a good condition, and as such there needs to be positive and realistic cooperation between the Welsh Government and property owners.

“It is illogical that in Wales they have to change a kitchen every 15 years, yet the same kitchens from the same manufacturers in England require changing only every 20 years. Bathroom suites are similar at 25 years in Wales and 30 years in England. Should the Welsh Government take the same position as England, millions could be freed up to be spent on other areas of social homes such as decarbonisation”.