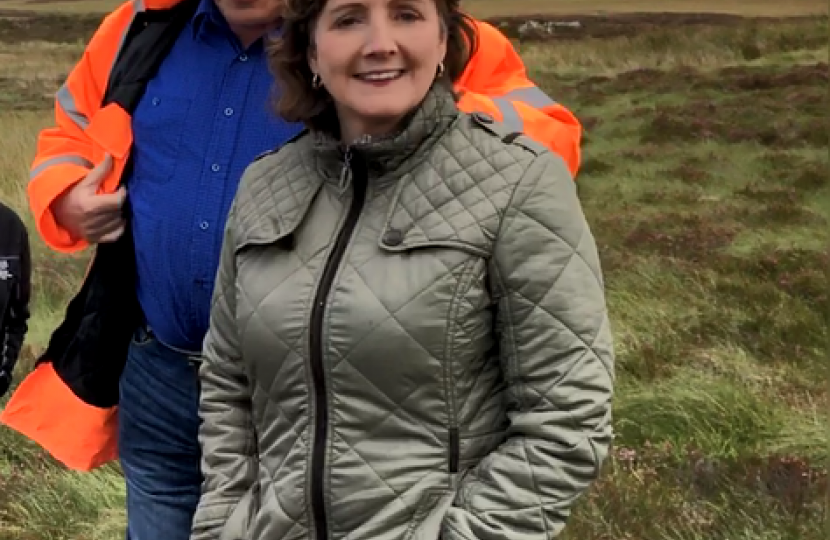 Janet Finch-Saunders MS – the Member of the Welsh Parliament for Aberconwy and the Shadow Minister for Environment – has written to the Welsh Government to urge officials to “look favourably on the Upper Conwy project’s application for £800,000.”

Commenting on flood issues throughout the Conwy Valley, Janet said:

“Sadly, there is no simple solution to the flooding crisis in the Conwy Valley. It is why I have been working with stakeholders to instigate a combination of measures, that encompass natural and man-made management solutions.

“Over the past year, I have been working with RWE Innogy to see if measures can be implemented to reduce the flood spill from Llyn Eigiau, and as such hold more water in the mountains during storm events. Recent modelling has highlighted an efficient solution which I’m pleased is being explored further.

“Likewise, I am in continued communication with RWE and Welsh Water about Ffynnon Llugwy Reservoir. It is my understanding that during wet periods rain water significantly exceeds demand and the reservoir spills, so I am pushing for similar efficient measures to address this.

The Welsh Government had previously given “indicative approval” to the Upper Conwy project. This project looks to assist in the storage of flood waters in the upland by slowing water flows through the restoration of moors. This work includes ditch blocking and river restoration. The cooperative project is spearheaded by Natural Resources Wales and the National Trust, with an agency official seconded to the Trust to push the work forward.

Remarking on the potential of the project, Janet said:

“I have seen first-hand how the River Machno and the Migneint have been transformed, with numerous measures taken to block drainage ditches in blanket bog. In fact, more than 30,000 small dams have been built to make the blanket bog wetter. This project would look to build on this exceptional work already undertaken.

“Indeed, I would be pleased to see the Welsh Government respond positively to proposals to expand the project. For this reason, I have written to the Minister to Environment to ask that she looks favourably on the Upper Conwy project’s application for £800,000.”