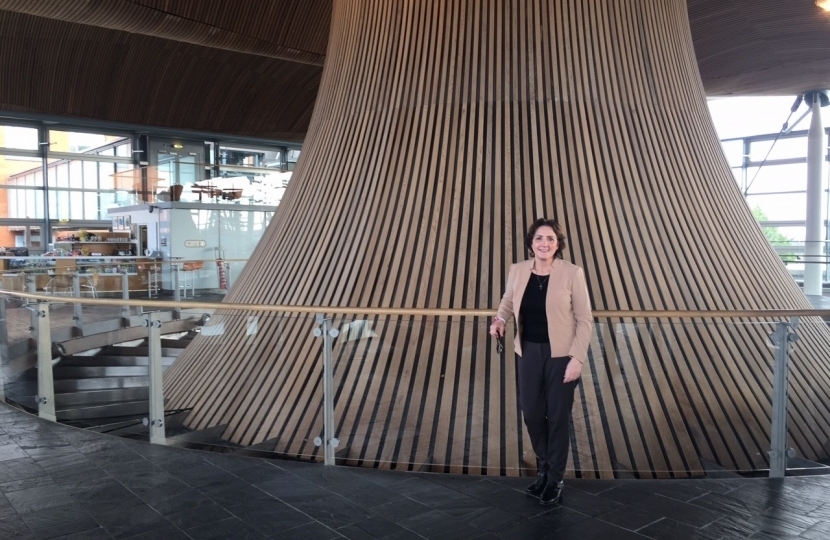 The Welsh Conservative Shadow Minister for Climate Change, Energy and Rural Affairs – Janet Finch-Saunders MS – has urged members of the public to contribute to the Welsh Government’s open consultation on the White Paper on a Clean Air (Wales) Bill, to “collectively press the case for urgent action to be taken.”

Under the Bill, new air quality targets would introduce a requirement enacted for a review of plans to tackle air pollution every five years. However, there is no longer time to pass the Bill into law until after the Senedd elections due to be held in May.

Making clear the need for urgent action on this issue, Janet said:

“I urge members of the public to contribute to this new Welsh Government consultation, ensuring that we collectively press the case for urgent action.

“The First Minister set out to bring a whirlwind of change by making a key commitment, but has seen his Cabinet produce a White Paper through which improvements will be achieved at a slow pace that is not reflective of the urgency of the crisis in Wales.

“Poor air quality is the greatest environmental risk to public health. In fact, it contributes to a reduced life expectancy and death, tallying an equivalent of between 1,000 and 1,400 mortalities in Wales each year, and costing the Welsh NHS approximately £1 billion each year.

“Urgent action is needed, yet Welsh Labour has failed to pass a Clean Air Act into law before the end of this current Welsh Parliament, and has produced a White Paper full of air holes.

“No key date is given for when the Bill will be laid in the Senedd and it could take a further two years after the Bill receives royal assent for new regulations to be set.

“Targets set using the framework only have to be reviewed every five years when this could be achieved annually. It could take over eight months for new actions to be outlined to address target non-compliance.

“By their own admission, there is a need to explore policy and funding options following a comprehensive review of the LAQM framework to complement the legislative changes proposed.

“There needs to be a duty to take all reasonable measures to boost active travel, use of less polluting vehicles, and public transport before making people pay in Clean Air Zones.

“The Bill would only empower rather than require Local Authorities to increase the amounts of fixed penalty for idling. More evidence is needed that Local Authorities will be able to enforce Smoke Control Orders.

“And whilst it is correctly acknowledged that we need to achieve a society in which improving air quality becomes everyone’s business, I am concerned at the lack of any mention of improving awareness through education in schools.

“Wales deserves better and this issue requires urgent action. This is why the Welsh Conservatives have committed to introducing a Clean Air Act within the first 100 days of Government to significantly improve Wales’ air quality, as well as people’s health.”