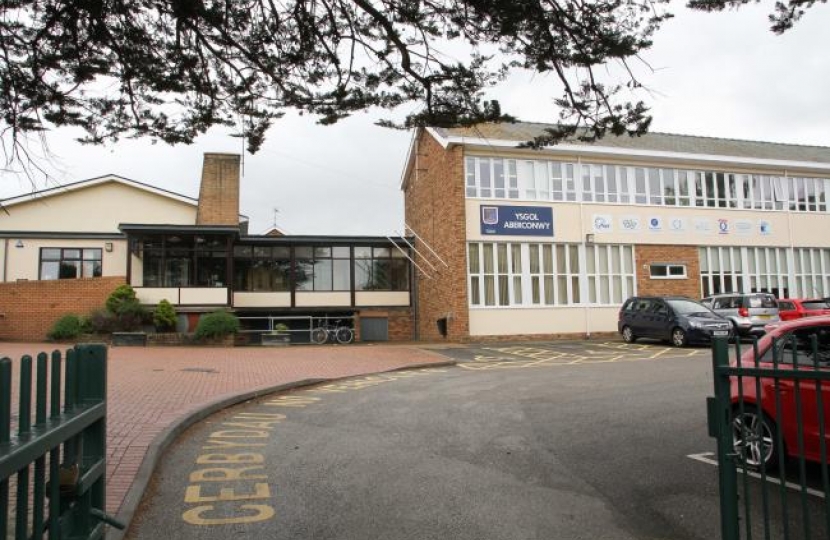 SCHOOL pupils were left stranded after being denied access to their own school bus service.

Councillors and Aberconwy Assembly Member, Janet Finch-Saunders, received a number of complaints from parents in regards to a bus service from Llandudno Junction to Ysgol Aberconwy.

Conwy County Borough Councillor (CCBC) Mike Priestley, for Marl ward, said an alteration to the bus services offered by Ysgol Aberconwy has seen a stop removed and the number of runs decreased.

Cllr Priestley said: “These changes have put every pupil in Llandudno Junction at a disadvantage.

“It means they are not guaranteed a spot and the doors will close as soon as the bus is full and anyone not on the bus will be left behind.

“Anyone left behind could be missing lessons and this could be affecting their education.

“My concern is the safety of the pupils.”

Not only are pupils missing the bus, but those on it, some have been forced to sit on the laps of other classmates.

The situation came to a head last week with a number of students denied access to the bus and left in the wind and rain unable to get to school.

Mrs Finch-Saunders said: “Some children were unable to get to Ysgol Aberconwy, despite waiting more than an hour in the wind and rain for the bus to turn up.

“While I appreciate there might have been damage to the initial bus, it cannot be right that the pupils were stranded for such a long time.

“Although I believe that some pupils decided to walk, and parents gave their time to help ferry children to school, this situation is the tip of the iceberg here in Conwy.”

But after numerous discussions between Mrs Finch-Saunders, councillors, Ysgol Aberconwy headteacher, Ian Gerrard, parents and bus company Alpine, the issue seems to have been resolved.

Mr Gerrard said: “As a school, we are aware of the concerns raised last week about the changes to the Llandudno Junction bus service.

“As always the safety and education of our students is of paramount importance and with this in mind we are satisfied that the situation has now been resolved.

“We are grateful to all parties who have worked with us to achieve a successful outcome.”

Mrs Finch-Saunders said she was pleased to see there had been positive progress on the matter and things sere heading in the right direction with the bus service.

She said Alpine’s cooperation had been superb, with a member of the management team driving one of the Llandudno Junction school buses on Tuesday morning to see exactly what the issues are – consequently contacting the school to discuss the matter in more detail after.

She said it was found the issue is not one of capacity, but rather one of pupils not wishing to travel on a given bus.

Mrs Finch-Saunders said: “I am very pleased with the quick progress and cooperation by numerous parties in striving to address the serious concerns raised.

“We are all on board with the goal of finding a solution to the problem.”