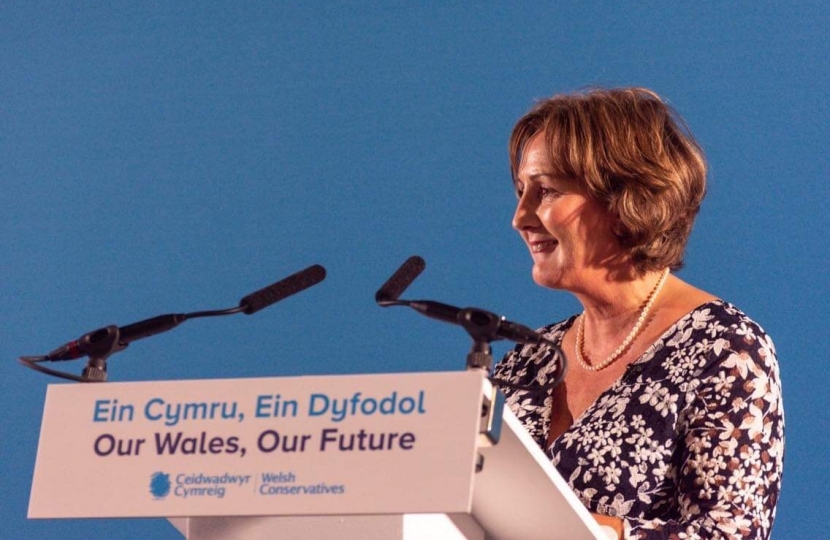 During last week’s 2019 Welsh Conservative Conference, Janet Finch-Saunders, Assembly Member for Aberconwy, and Shadow Minister for Social Care, Children, Young People, and Older People, led talks on the parlous state of health and social services in Wales under the Welsh Labour Government. During her speech the Member called again for the resignation of Vaughan Gething AM, Minister for Health and Social Services, highlighted the social care crisis, and announced the creation of a social care improvement board so that she and the industry can work together to tackle the problems not being addressed by the Welsh Government.

After speaking to conference and leading the talks on the future of health and social services in Wales, Janet said:

“Health and social services are in crisis.

“We now have 5 of 7 health boards in some form of special measures, and there seems to be no signs of improvements. Just look at our health board here in North Wales, which, despite having been under direct control of the Welsh Government for almost four years, has reported the biggest deficit and worst A&E waiting times of all Welsh health boards.

“Worryingly, there are problems in all levels of care in Wales, from hospital consultants to care homes.

“As I explained during my speech, despite the fact that there should be a 35% increase in those over 65 by 2039, we are actually seeing a decline in service for older people.

“For example, the number of beds in care homes have fallen by 247 since 2014-15, and Care Inspectorate Wales report to have received almost 3,000 concerns about adult residential and domiciliary care in 2017-18.

“The parlous state is even more apparent when considering that the current model for funding social care is unsustainable, and that the Minister is taking no lead on the matter.  He has chosen to wait for the Conservative Government to announce its green paper first.

“A transformative reform package is needed for social care urgently. Indeed, it has been estimated that there will be a crippling  £344million worth of service pressures in social care by 2021-22.

“There are a number of ideas that can be considered, and we need to have a national conversation, so I was pleased to announce that I am establishing a social care improvement board so to engage with hard-working organisations and drive through policies that will help secure a sustainable future for social care in Wales”.

Janet Finch-Saunders AM during conference