Aberconwy AM Calls for Clarity on Surf Snowdonia Hotel Application 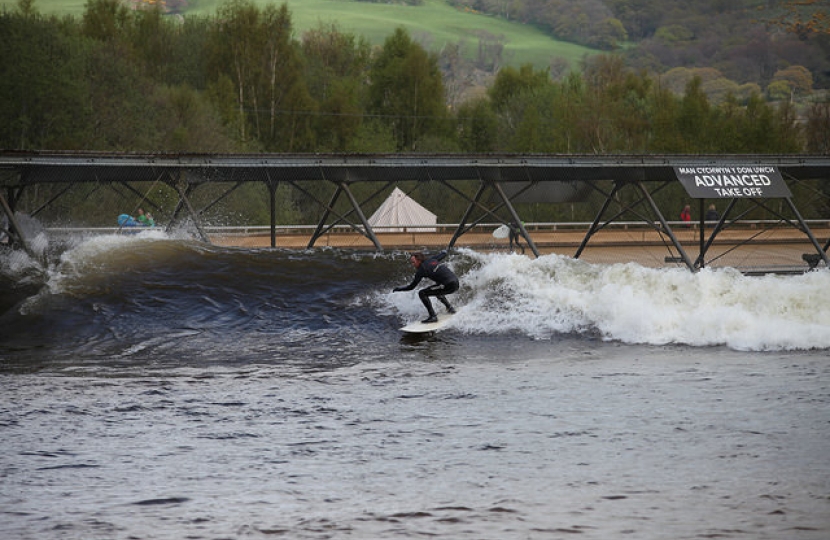 Following the recommendation that the Surf Snowdonia hotel be approved, Janet Finch-Saunders, Assembly Member for Aberconwy, has written to the Leader of Conwy County Borough Council asking for clarity on concerns about the B5279 (between Tyn y Groes and Tal y Cafn).

“Whilst I welcome this exciting economic development, and the extra jobs it should create in the Conwy Valley, there is an existing concern which does need addressing.

“This is the about the potential impact of the development on highways, especially the road between Tyn y Groes and Tal y Cafn.

“I understand that this road will provide the main route from the A470 trunk road to Surf Snowdonia.

“Given that the road is already prone to motor mayhem due to its numerous pinch points, I welcome the fact that it is included in the addendum report that a £100,000 contribution would be made for highway improvements if the application was approved.

“However, correspondence with the local authority has revealed that Conwy currently has no plans to undertake any improvement scheme on the B5279.

“The information I have been provided with completely contradicts what I and many residents regards as a potentially vitally important section 106 agreement.

“There is now complete confusion over the future of this road.  Therefore, I have written to the Leader of the Council asking that the communities who would be affected by the possible increase in traffic on and usage of the B5279 are provided with much needed clarity about highway improvements”.

Letter to Cllr Gareth Jones OBE, Leader of the Council.