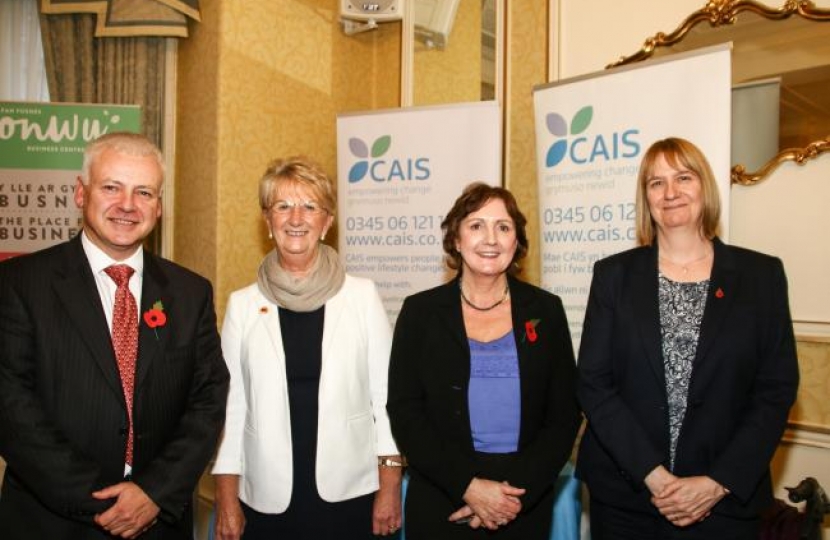 The Welsh Conservatives' 'Older People's Champion' in the National Assembly says she was "delighted" to welcome nearly 200 people to the event at the Imperial Hotel in Llandudno.

The exhibit featured a diverse range of 26 organisations, each recognised for their particular advocacy of older people's rights.

Each of them delivered a valuable insight into how Aberconwy’s older population can add "not only years to their life, but life to their years".

"The extension of older people’s rights has long been of especial importance to me," Janet Finch-Saunders AM said.

"However, the excitement involved with this event has been in seeing first-hand how much passion exists for this cause amongst agencies in the public, private and not-for-profit sectors.

"I’m hopeful that we can use the Chancellor’s recently announced £550 million cash injection into Wales to provide increased integration of support services for our over-50s.

"With projections of a 36.6% increase in Wales' over-65 population over the next 20 years, I’m enthusiastic that we can ensure this group can access the services they deserve to make the most of the exciting opportunities later life offers.

"This Ageing Well event has been a fantastic celebration of the immense value Wales’ older generations offer, and I already look forward to charting our progress in extending the rights, respect and liberties of this cherished group at next year’s event."