Award for Friends of Queen’s Park 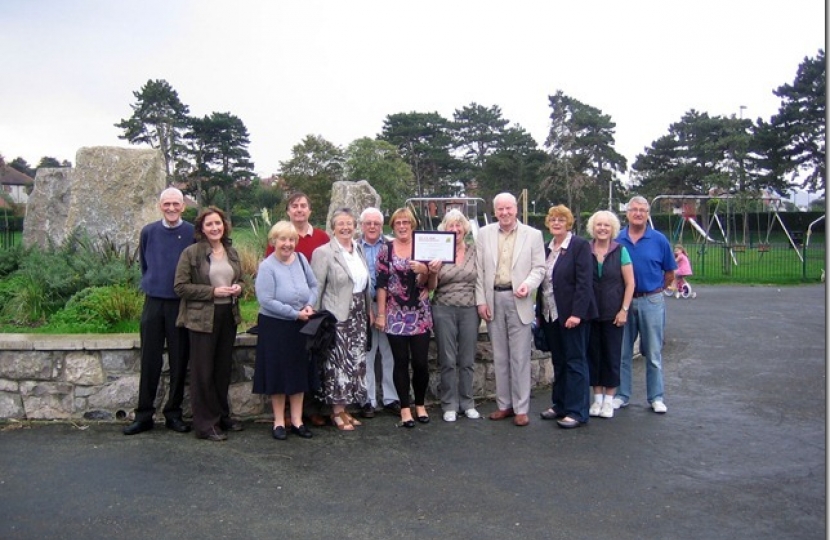 The Friends of Queen’s Park group of Craig-y-Don, Llandudno, was honoured last week by the Royal Horticultural Society.

The group received an award for its work in fundraising, cleaning and improving the local park. The group have transformed Queen’s Park over the last two years by planting shrubs, trees and hedges and building a children’s play area with £40,000 of equipment.

It is hoped to develop a sensory garden for the blind and a biodiversity area within the park in the future. The group is also working to raise funds to refurbish the entrance pillars of the park.

Cllr Janet Finch-Saunders, local AM and member of the Friends of Queen’s Park group said: “I am immensely proud of all the hard work that has gone into improving the park by the group and the whole community. To have it recognised by the Royal Horticultural Society is a fantastic achievement and it is good to know the work done by the group is appreciated not just within our community but by a national body.

“I have used the example of the Friends of Queen’s Park group in defence of the concept of the Big Society. The achievements of this group really show the power of social enterprise and the difference united communities can make.

“I look forward to seeing future improvements to the park and hope that the proposed sensory garden will encourage people to visit from further afield to see this beautiful area.”