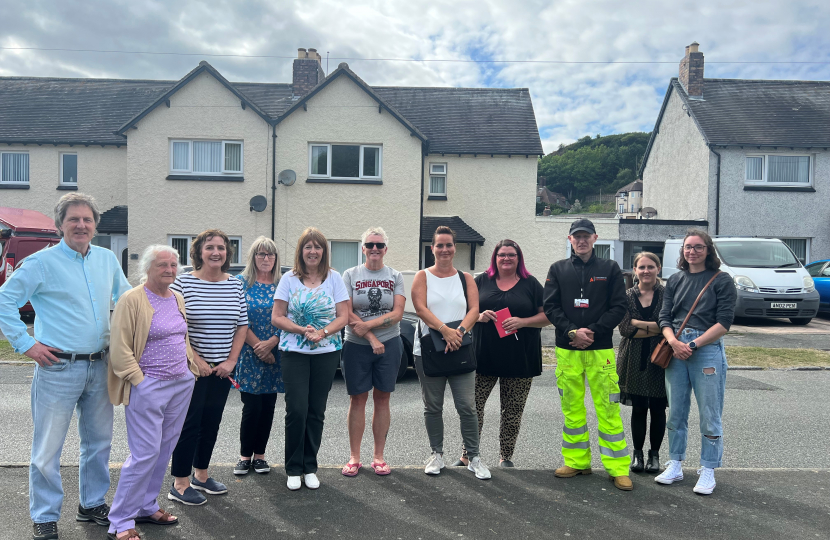 Janet Finch-Saunders MS has recently met with Cllr John Rooney, Cllr Julie Fallon and a number of local residents who are looking to lease a section of Tan-y-Fron playing field from Cartrefi Conwy so to protect and potential upgrade its play facilities.

Commenting after her meeting Janet said:

“It is truly fantastic to see local residents come together in order to better their community, the hard work and effort that has already gone into organising this group and arranging a site meeting is clear.  I would like to thank the community for allowing me to come along to this meeting to offer advice and assistance.

“The possibility of this field being leased to the community is an exciting opportunity for residents and from discussions with the group it is clear that they have big ideas for how to utilise the space, including potentially installing an all-weather mugger and even some additional car parking.

“Following my meeting with this community group I have written to Katie Clubb, Managing Director of Cartrefi Conwy seeking advice on the organisation’s future plans with the site and the possibility of the land being leased to the community.

“I look forward to working with Kelly Booker, Luke Blundell, Cllr John Rooney, Cllr Julie Fallon and members of the community group over coming months as we explore the future opportunities with this playing field.”