Campaign for 20mph in Dolwyddelan 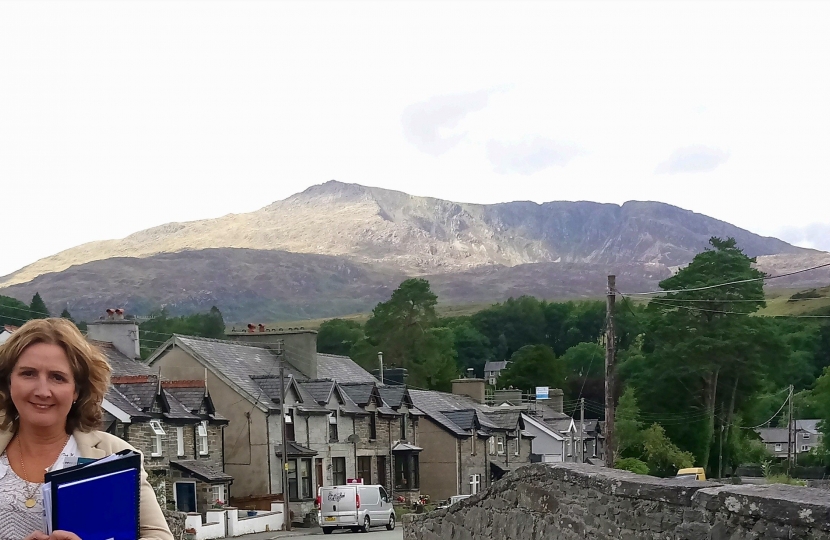 With increasing concerns about road safety in Dolwyddelan, Janet Finch-Saunders, Assembly Member for Aberconwy, has rallied behind the community in calling on the Welsh Government to reduce the speed limit to 20mph.

Currently the speed limit along the A470 in the village is 30mph.

Commenting on the Welsh Government’s response to her campaign, Janet said:

“Any of us, especially living in towns or villages, want to feel safe when parking our cars on the side of a road, crossing it, or walking along the pavement.

“In Dolwyddelan, I believe that both residents and road users are put at risk because of the A470.

“When I was last in the village I saw fist hand how precarious the situation is. Cars hurtle down from the Crimea, many, I suspect, not adhering the 30mph restriction.

“Whilst I have got Ken Skates AM, Cabinet Secretary for Economy and Transport, to agree to take my request for a 20mph speed restriction into account, I am disappointed that this will be as part of a three year Speed Limit Review looking at road safety issues at over 600 sites.

“This is not good enough and does not provide me with great confident that the Welsh Government will act on the speed limit proposal for years.

“Not being prepared for Skates to let the campaign skid off track, and be another example of how the Welsh Government has allowed Wales to fall behind the rest of the UK on the introduction of 20mph speed limits, I have questioned him again, and written to North Wales Police to request that GoSafe visit the village on a regular basis”.

Written Assembly Question to Ken Skates AM, Cabinet Secretary for Economy and Transport:

Further to the Cabinet Secretary agreeing to consider introducing a 20mph speed limit in Dolwyddelan, will he state by when the A470’s safety in the village will have been assessed, and clarify how many of the 600 sites under investigation are a result of concerns raised with the Welsh Government?

Wales 'lagging behind' rest of UK on 20mph streets