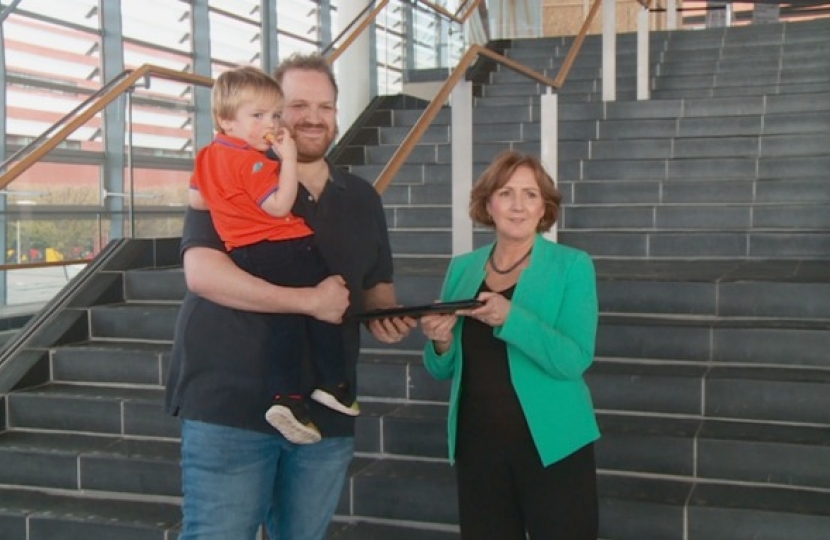 Changing his son on a wheelie bin lid and in a car boot has led one father to call for baby changing facilities in public places to be accessible for both men and women.

It follows an image of an American dad crouching down in a toilet changing a baby went viral, inspiring the 'Squat for Change' parental equality movement.

He wants to know the "right facilities" will be available when he takes his two-year-old son Joseff out for day trips without mum Joanne.

Mr Esposti's campaign was sparked when he was forced to change Joseff on a seafront in west Wales because the cafe he was eating in only had baby changing facilities in the female toilets.

Mr Esposti, 35, a computer engineer from Cardiff, said: "Not having baby changing facilities accessible to both women and men is so easily solved.

"Essentially, it's just a table."

Mr Esposti added: "There are same-sex families which have two men so I wouldn't know how they would cope with changing their baby.

"It's not just inconvenient for dad and their babies but for other people around you who don't want to see a pooey nappy when they are eating or just going about their business."

Mr Esposti's petition asks the assembly to ensure "all future renovations and new builds within areas open to the public have an area that provides a safe and clean space to change babies/allow toddlers to go to the toilet safely".

It asked the government for clarification on design standards relating to baby changing provisions and called on it to consider talks with private sector shops and restaurants.