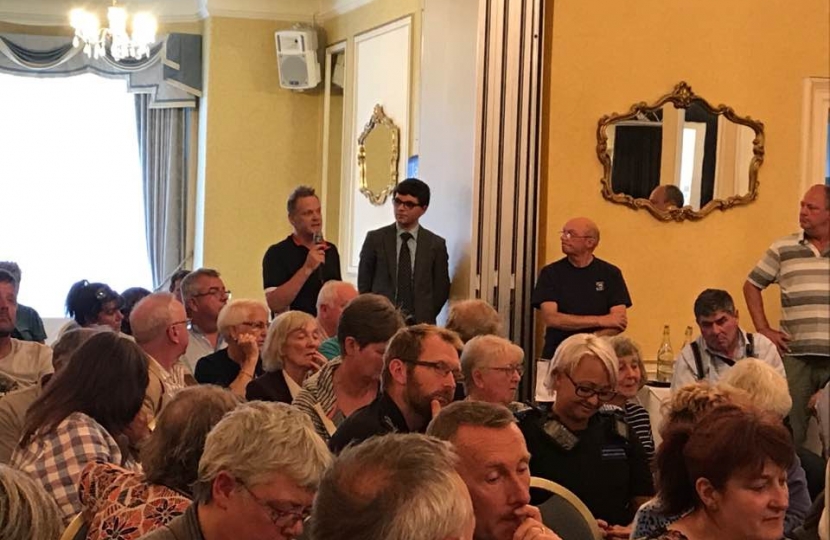 Staff tackling dog fouling and litter in Conwy county are being harassed and threatened, according to the council.

It uses private firm Kingdom Security to fine people for littering and not cleaning up after their pets.

Some people have staged protests against the firm with another planned.

But the council has said some opponents have gone too far while other residents "support robust enforcement on the blights of litter and dog fouling".

The private company issues £75 fines when wardens catch people dropping litter or not picking up their dog's mess.

Campaigners have accused wardens of intimidating people into paying fines.

But the council has said that, in partnership with the private firm, it was enforcing the law and officers from both Kingdom Security and the council "have recently been subject to threats, harassment, offensive language and behaviour".

In a statement, the council said that "the campaign is a malicious and vexatious action from a small number of people who do not represent the views of the vast majority of our residents".

It goes on to say that "during this period there has also been criminal damage to signage that informs the public about where they may or may not walk their dogs".

BBC Wales has been told that the damage to the signs has included someone painting over a sign with black paint and writing an abusive, threatening message towards a member of staff.

However, the police have not been involved, so there is no investigation and no way of knowing if anyone connected with the protest group was responsible.

The latest protest has been organised through a page on Facebook with more than 2,400 members.

Organisers have said that they take a tough line on anyone being rude or abusive online, and the same goes for everything they do.

They said the latest protest has been organised on Saturday so council officials will not be at work.

In July, Aberconwy AM Janet Finch-Saunders organised a public meeting attended by about 150 people concerned about enforcement procedures in the area.