COVID-19: Questions to the Minister for Health and Social Services 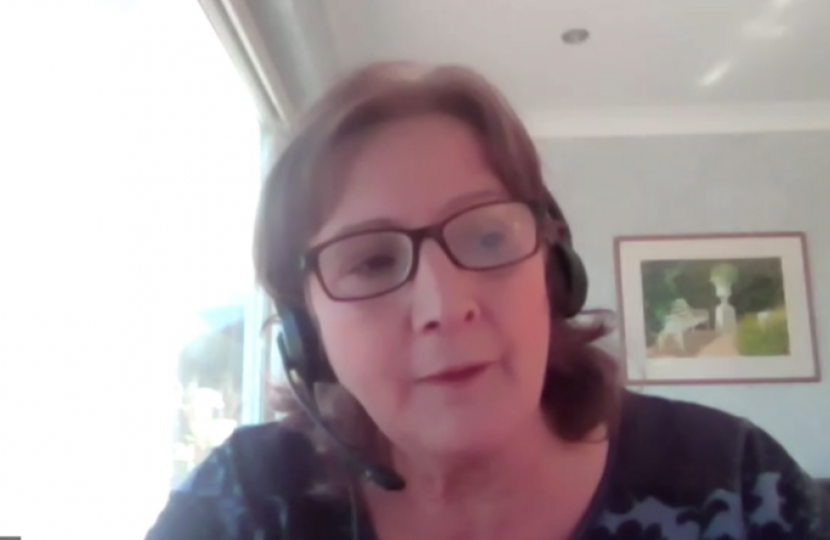 Janet Finch-Saunders MS, Member for Aberconwy: Yesterday, an e-mail from the Welsh Government detailing the criteria for the extra £40 million for adult social care, announced on 14 April, advised that eligibility is limited to local authority commissioned care only. So, I therefore query why care homes with NHS or privately funded clients have been excluded. Now, because of this amended guidance, issued only by e-mail and not published, as has been mentioned, by the Welsh Government, one local authority has just this morning asked their nursing homes to clarify which of their PPE is used for social care and which is used for nursing purposes. I find that to be outrageous, Minister. And, during last week's Plenary, the First Minister denied my claim that local authorities knew nothing as yet about the £500 bonus for carers announced on 1 May, and how it would be distributed. I have had it confirmed very robustly this week that no criteria or guidance have been issued. So, when will this be the case, and when will this money actually reach the pockets of all our valuable social care workers? Diolch.

Vaughan Gething MS, Minister for Health and Social Services: Okay. On the £40 million, it's been issued to local government to support the social care sector. I would expect that those people who have care commissioned through the national health service will find they're having the appropriate support for their businesses as well. I'm happy to take up a further conversation with her. I know that our lead director here on social care and integration is having that direct conversation with the Welsh Local Government Association, with the Association of Directors of Social Services, and I expect that's a conversation that should reach a proper conclusion. We also have regular engagements between myself and the WLGA, and, of course, there's a regular—three times a week, I think—leaders call from all 22 leaders with the local government Minister, and opportunities to have those conversations to understand how we use that money. I also think it's really important to recognise that this isn't a one-shot. We're going to be in these extraordinary circumstances for months to come, and we need to make sure that the calm, rational and, at times, searching conversations we need to have are the way that we deal with this rather than making rather more extraordinary claims.

On PPE, I'm not sure that I really understood the point that the Member was making; it seemed to be confused about whether or not local councils are asking about how PPE is used for nursing and non-nursing care, or whether it was about the provision. But, ultimately, the Government is paying for all of that. We are paying for the PPE that is distributed to nursing homes. We're paying for PPE whether people are receiving nursing care or not. In normal times, we wouldn't be doing that, so it's another marker of the extraordinary times that we're in—the fact that the Government is providing that care to employers who have legal responsibilities for PPE. But it's the only way to make sure that adequate PPE reaches our front-line members of staff where they're actually providing care for our constituents.

On the £500 payment, there are ongoing conversations and negotiations about the terms of how that payment is made to people delivering front-line social care. And I welcome the fact that the Member wants to see people have that in their pockets; I hope she'll join with us in asking the UK Government to make sure that's provided free of tax. That would be a welcome bonus for these relatively low-paid members of staff. And I hope that her and her group will lobby the Chancellor and the UK Government to make sure that happens, rather than seeing some of that money snatched away in the form of tax and national insurance. But it's an active conversation between employers, trade unions and the Government about how the detail of that should be worked through, for example, to make sure that a one-shot payment doesn't compromise in-work benefit payments to some of these members of staff. I wouldn't want to see these people penalised for a real gesture of recognition of the extraordinary times that these members of staff are living with, and the care that they're providing in each and every one of our communities.