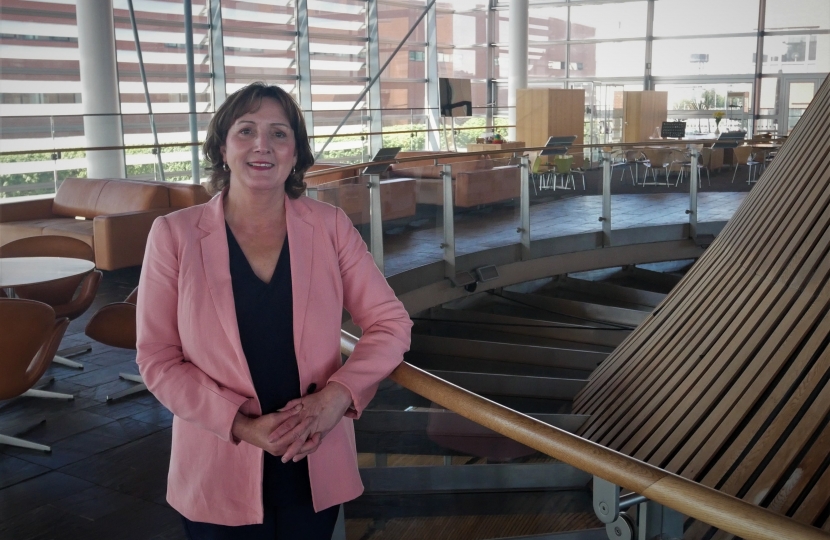 Contributing to the Senedd debate on the Welsh Government’s draft budget today, the Welsh Conservative Shadow Minister for Climate Change and the Member of the Welsh Parliament for Aberconwy – Janet Finch-Saunders MS – has criticised the devolved Government for “continuing to place long-term arrangements for environmental governance on the back burner” raising concerns over the real terms funding cut to be experienced by Natural Resources Wales.

Her argument was bolstered by the fact that, whilst Natural England is receiving a 47% increase in UK Government funding, data provided by Wales Environment Link via their budgetary consultation submission shows that NRW’s funding has decreased by 35% between 2013 and 2020.

A prolific campaigner for marine protections and habitat restoration, Mrs Finch-Saunders also used the speech to call for clarity around the expenditure on marine conservation efforts and fisheries. Concerns were also raised about an unspecified amount that will go towards establishing a publicly owned energy company.

Commenting after her contribution, Janet said:

“In meetings of the Climate Change Committee, stakeholders have rightly raised concerns about an apparent lack of capacity for robust monitoring programmes and management of protected sites, particularly given that prosecutions in Wales for environmental offences have reduced around 61% between 2013 and 2020.

“We are squandering an opportunity for Wales to be a world leader in green protections. According to my own analysis, NRW is now set to receive a real terms cut in funding, remaining at £69.7 million for 2022-23. This is in spite of repeated concerns raised by the Agency over their resource and manpower to respond to flooding events.

“To protect our green spaces, it is vital that the Welsh Government reviews this situation and looks to use whatever resource available to introduce a framework for a long-term Independent Office for Environment Protection.

“In recognising that an unspecified amount will go towards establishing a publicly owned energy company, given the issues encountered by the Bristol energy company, whereby the failing asset was sold for £14 million, far less than the £36.5 million invested by Bristol City Council, I feel that this money would be better spent establishing a microgrid trial in North Wales.

“Decision makers in Cardiff Bay have long acknowledged that Wales continues to experience a grid capacity crisis which is causing an unnecessary trip in the system, preventing meaningful and long-term progress in the nation’s green industrial revolution. It is time that we use our resource wisely to generate climate actions rather than ego-boosting rhetoric.”