Debate on the Children, Young People and Education Committee Report: 'Bacc to the Future: The status of the Welsh Baccalaureate qualification' (4/7/19) 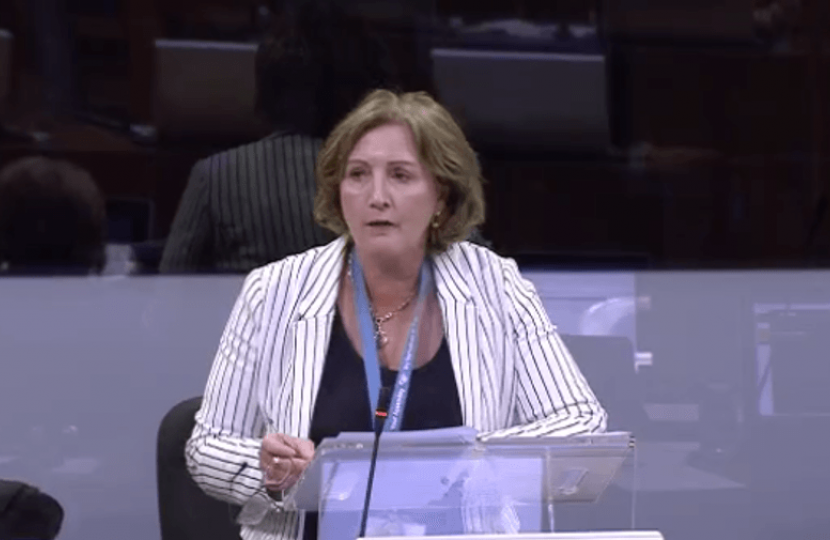 Participating in this inquiry into the revised Welsh baccalaureate qualification has certainly been eye-opening for me, and some of the findings of the report were very fundamental. A number of examples of poor perceptions of the Welsh bac have been highlighted, for example 66 per cent believing that the Welsh bac is not valuable to future careers; understanding of the qualification by universities decreasing beyond the Welsh border; and there is major variability in the delivery of the qualification at schools and colleges, with some treating it as a filler, and there being a complete lack of consistency in timetabling across Wales.

It will come as no surprise, therefore, that we as a committee did note that a key issue is a lack of understanding of the qualification amongst parents, employers and educational professionals. Four years down the line, the Welsh Government still needs to explain in simpler terms exactly what the qualification is.

Will you take an intervention?

No, I'm sorry, Hefin. Oh, go on, I'll take an intervention—go on

I'm not looking to attack anybody at all. I just feel that the tenor of the debate is becoming wholly negative about the Welsh bac, when, in fact, the evidence we took was more nuanced than that. I think what Michelle said was wholly on the side of negativity, whereas, in fact, we saw a lot more positive views as well.

Okay. Well, with all due respect, I've taken the intervention and so it's not about what Michelle has said, it's what I'm saying. And with all due respect, this is what I found taking evidence. We met pupils, we met teachers, we met headteachers, we met parents—we met everybody, and, to be honest, the feedback really surprised me, because I thought it was going to be a lot more positive than it, in fact, turn out to be.

So, four years down the line, the Welsh Government do need to explain in simpler terms what the—I've said all of that [Laughter.]. However, this far in, it must be asked whether it is reasonable to be throwing more money at a qualification that is—and to be fair, it has to be said—strongly disliked by many. Indeed, despite the campaign, I doubt whether there will ever be enough understanding and consistency to make the Welsh bac a success. There's a lot of work to be done here if it continues. For example, you have accepted recommendation 1 and the need for a clearer statement to be underpinned by guidance that details expectations in relation to consistency of delivery, and accepted recommendation 5, but yet you still expect headteachers to use their professional judgment to determine the right learning programme for their learners.

Clearly, there could continue to be a lack of consistency and clarity, especially with regard to universal adoption.

Will the Member give way?

Could I just clarify that, when she's making generally negative conclusions around the Welsh bac, is she referring specifically to the skills challenge certificate, or is she referring to the umbrella, because all these other qualifications for the umbrella are being studied anyhow, so in what sense would you want to get rid of them?

When we interviewed the pupils themselves, some hadn't taken it because they'd been off-put by their friends who said the skills challenge certificate was one of the main considerations why they either didn't want to take the bac or found it challenging and difficult when they did. That was the very point that they made, but there are many other reasons with the Welsh bac: its recognition, teachers that weren't trained in delivering the Welsh bac—and teachers actually said to us during workshops that they would like to see the back of it. So, there was some pretty strong evidence that came from that. So, it's a multitude of reasons—it's not just one.

There is no reason why it cannot be achieved through the use of surveys, so I do wonder whether the Welsh Government’s hesitation is an indication as to some nervousness as to what the results will probably show.

In addition to evidence of dislike of the qualification by pupils, our work has seen that it's having an impact on teachers. Training seems to be inadequate; some teachers lack confidence in delivering it. Whilst you have accepted recommendation 9, it is interesting to note your observation that the skills and ped—I can't say this word, but pedag—[Assembly Members: 'Pedagogy.']—yes, that one, that's the one; I've heard Kirsty Williams saying it before [Laughter.]—of teaching the new curriculum are closely aligned and that they can be transferred to teaching the Welsh bac qualification. What this means is that we have teachers in secondary schools across Wales now worried about the delivery of the Welsh bac and the new curriculum. This is now being seen as yet another pressure on our teachers.

I really do think it is time to consider reducing the pressure, and for the Welsh Government to seriously consider the calls previously made by my colleague Suzy Davies AM to have a look again at the Welsh baccalaureate to see whether it really is suitable, going forward, for our Welsh students. Thank you.