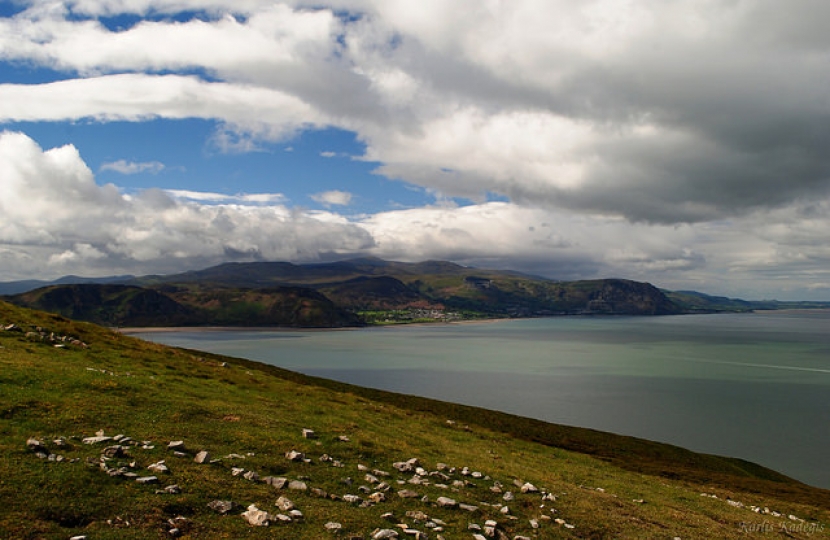 Yes, there is a housing crisis in Britain and the lack of affordable properties – especially in rural areas – is a major political issue. Even The Archers currently has as a major plot line the controversy caused by plans for new housing in beautiful Ambridge.

But that hasn’t put an end to the dreams cherished by many of owning a little place in the country; somewhere to escape to at the end of working week, or for a blissful few weeks in summer.

That dream is fading for all but the very wealthy.

A combination of increased stamp duty, higher council tax and other regulations applied by local authorities is making it harder for second home buyers across Britain. Many existing owners are now considering renting out their holiday properties for the first time in the face of rising costs; others are thinking of selling.

But for those wanting to buy the hurdles are higher still.

The stamp duty surcharge, introduced in April 2016, meant those buying a second property must pay additional 3pc duty on top of the standard rate.

In a referendum in May last year, 80pc of the town’s residents voted for the tougher rules on second home ownerships.

The rules mean any new build property with planning permission granted after June last year must be bought and continue to be owned by local people and for “full residential use”.

They will never be able to be owned by people who have not lived in the area for the previous five years and who do not live there full-time.

The council estimates 25pc of homes in St Ives are second properties.

Paul Le Bas, a local estate agent for Millerson, said the double whammy of the stamp duty surcharge and this second homes restriction had resulted in less building.

It’s had two effects,” he said. “Prices on existing homes are going up. This is the reverse of what the council hoped and intended.

“On top of that, developers that were building in the St Ives area are no longer building. They are instead looking in neighbouring areas, such as Penzance, Hale and Truro.”

Ahead of the changes, and the stamp duty surcharge coming in, Mr Le Bas said there was a rush of people buying up second homes, which led to a 2pc increase in prices at the time.

He added that confusion around the restrictions led many second home owners to think they could not buy in the area at all. Now, he said, second home owners are also looking further afield to areas such as Hayle and Penzance, where prices are lower.

“The council has to be very careful as without tourism St Ives would not be what it is today. If the tourism industry dies there will be a lot of people out of work,” he said.

Mr Le Bas said rather than the current restrictions, some locals felt that increasing council tax for second home owners was a smarter way to tackle the problem – a route that has been used in Wales.

... and what happens in Wales

It has led to a mishmash of policies among different councils, with some charging 25pc more for second home owners and others charging a huge 100pc levy. Around 23,000 homes in Wales are empty or used as second homes.

Martin Armistead, who is semi-retired from work in the hospitality industry, is one homeowner to be caught out. His council tax bill will jump by £900 thanks to the changes.

While some councils introduced the levy from April this year, Gwynedd council, where his second home lies, will introduce a 50pc additional charge from April next year. There are about 5,000 second homes in the area.

Mr Armistead owns a two-bedroom home in Aberdovey, on the west coast of Wales, in addition to his main home in Buckinghamshire.

“We and our guests spend well when we are there, and use local tradesmen.

“There is no shortage of homes for local workers, so this is nothing short of an additional tax on those lucky enough to have a second property, and yet who are not a drain on local resources,” he said.

“When you are retired or semi-retired that is quite a substantial increase,” he said.

At the moment he only uses the property himself or lets friends and family use it, but he is now considering renting out the property to cover the additional costs.

A loophole in the new system means that anyone who rents a property for 70 days a year or more is classed as a business, and so pays business rates (often at a reduced rate) on the property instead of council tax. For many this will prove cheaper.

Janet Finch-Saunders, an assembly member for Aberconwy and shadow cabinet secretary for local government in the National Assembly for Wales, said that the policy is “insular and small minded”.

“At the end of the day when people come on holiday they are contributing to the economy, we do not want people selling up their homes,” she said. “It is a very small-minded, discriminatory policy against people who are coming and spending in the region.”

Ms Finch-Saunders added that second home owners make less use of council-funded services such as doctors and rubbish collection.

Anyone who owns one property and buys another can avoid the extra stamp duty surcharge if they are changing their main residence.

This “replacement main residence” rule means that if you are selling your main home and then purchasing another main residence you will pay the standard rates of stamp duty.

This includes buy-to-let landlords, who can own hundreds of properties but pay no extra tax on a purchase as long as they are replacing a main residence. In general, you have to live in a property for it to be counted as your main residence.

Home owners who have not sold their main residence at the time of buying their new property will have to pay the higher rate of stamp duty, but can claim it back if they sell their main home within three years.

People who live in accommodation provided by their employers, such as vicars, can replace a property they don’t actually live in, until November 2018, provided they have lived there in the past.