Further Campaign Success: Delight that the Operating Theatre at Llandudno Hospital is reopening 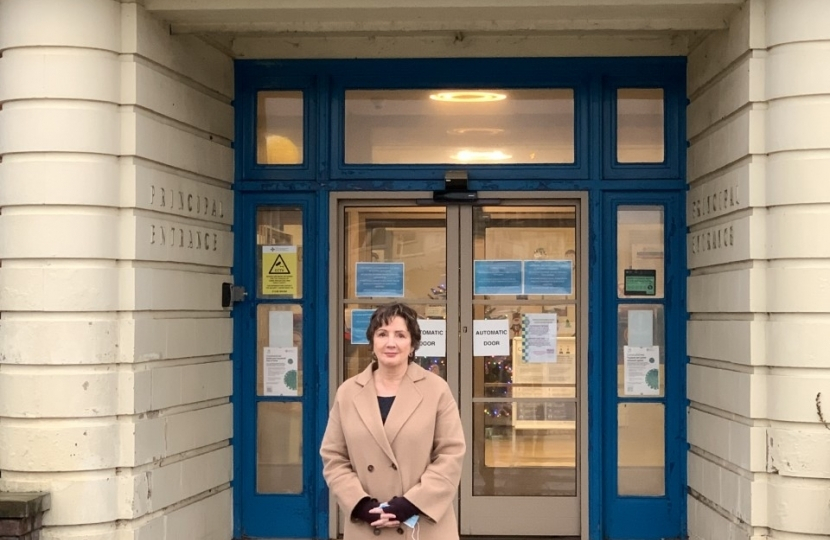 Janet Finch-Saunders, Member of the Welsh Parliament for Aberconwy, has spoken of her delight that Betsi Cadwaladr University Health Board has decided to reopen the operating theatre at Llandudno Hospital.

“Llandudno Theatre is the ideal setting for day case surgery when combined with the ward facilities within the hospital.

“Patients value the relaxed atmosphere at Llandudno Hospital when they are going through the anxious time associated with surgery.

“A high throughput of cases including hernias and gallbladder surgery is possible when the theatre is used efficiently. I have found Llandudno to be a useful safety valve when beds at Ysbyty Gwynedd are unavailable for whatever reason.”

Commenting on the decision to re-open the operating theatre, Janet said:

“I have long campaigned for the Health Board to make greater use of Llandudno Hospital.

“I have been lobbying the Chief Executive, writing to the Chair of the Health and Social Care Committee, and challenging Eluned Morgan MS, Minister for Health and Social Services, Welsh Government, in the Welsh Parliament.

“Common sense has finally prevailed, and I am delighted that further steps are being taken to reverse the trend of centralising services in the three district general hospitals.

“The reopening of the operating theatre follows on from my earlier success in securing the opening of a transition ward in Llandudno.

“Going forward, I urge the Health Board to review what further responsibilities can be returned to Llandudno and look to see our MIU opening times changed so that the Unit is open 24/7”.