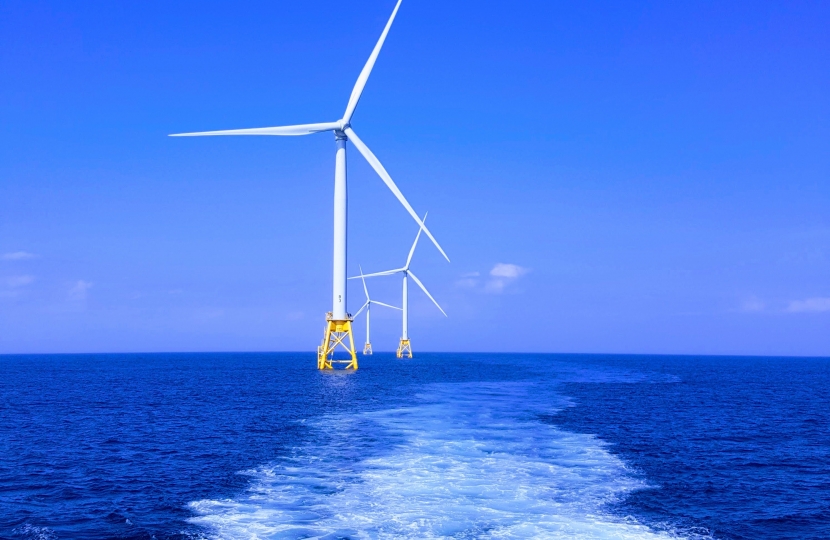 RWE Renewables UK has confirmed an 'Agreement for Lease' has been secured with The Crown Estate for the extension of Gwynt y Môr Offshore Wind Farm off the coast of North Wales. RWE want to build Awel y Môr just over 10km off the coast of Llandudno and Colwyn Bay.

It could include up to 107 wind turbines and the plans have shown the potential maximum height of the turbine tip could be over 330 metres - a touch taller than the Eiffel Tower in Paris. The project partners are now confirmed and include RWE (60%), Stadtwerke München (30%) and Siemens’ financing arm, Siemens Financial Services (10%). RWE, is once again leading the development of the project on behalf of the project partners.

But Aberconwy AM Janet Finch-Saunders said: "I have previously worked with thousands of residents and business owners to oppose windfarms off the north Wales coast. My objection remains firm. The tourist sector in Conwy is facing complete collapse this year due to the First Minister’s threat to keep Wales largely closed to tourists this summer, and now we learn that there could be Eiffel tower sized wind turbines off the coast."

"That’s double the size of the existing turbines, and impacting again on the vista and natural horizon of Llandudno bay. The season just couldn’t get much worse! Such a scar on the landscape could have a detrimental impact on Llandudno which is already suffering more than enough as a result of Covid-19. I am all for green energy, but we need a mix of technologies, not more windfarms."

"What I want to see is a North Wales Tidal Lagoon, which would have the added advantage of strengthening our sea defences, and potentially lead to the removal of the quarry stones dump on north shore. I encourage RWE to wipe the slate clean and come forward with some hydro proposals instead."

"RWE has also successfully built and now operates the £2 billion Gwynt y Môr Offshore Wind Farm which supports over 100 local jobs. We are now excited to be working on its sister project, Awel y Môr which could not only support the UK’s target to bring greenhouse gases to net zero but also create significant supply chain opportunities and help boost the Welsh economy.

“Whilst the project is an extension of the existing Gwynt y Môr Wind Farm it will be progressed on its own merit as a nationally significant infrastructure energy project. Over the coming months, we will start development and planning activities where possible and in line with Government guidance.”