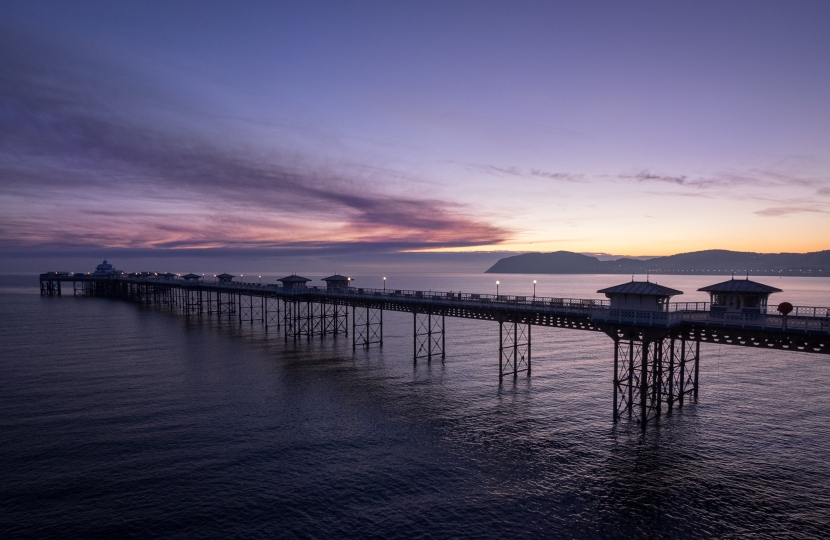 The Member of the Welsh Parliament for Aberconwy – Janet Finch-Saunders MS – had today (25 August) called on the Welsh Government to implement a tailored Seaside Town Fund strategy, that considers the “difficult winter trading months ahead.”

The Welsh Conservatives have repeatedly called on the Welsh Government to establish Seaside Town Fund, to support community regeneration. Such a Fund would recognise the higher retail vacancy rates and higher levels of deprivation in these towns, when compared to other parts of Wales.

Commenting on the concerns of local businesses, Janet said:

“The COVID-19 pandemic has seen my constituency of Aberconwy hit from all directions. With a higher proportion of workers employed in industries most affected by the lockdown, a recent study concluded that Conwy was the Welsh county where most the jobs are at risk.

“Despite my numerous letters and telephone meetings with Welsh Government Ministers, I am dismayed that Mark Drakeford’s administration has refused to act on my proposal that a tailored strategy be formulated, designed to support those hardest hit regions.

“Ahead of what is predicted to be some very difficult winter trading months, it is vital that the Welsh Government answers Welsh Conservative calls to introduce our ambitious Seaside Town Fund proposal, which would enable communities to decide how public money is invested.

“An immediate action plan of support must be brought before the Welsh Parliament, as I fear that Wales’ economic recovery will be derailed by Cardiff Bay overlooking the difficult winter season ahead.”