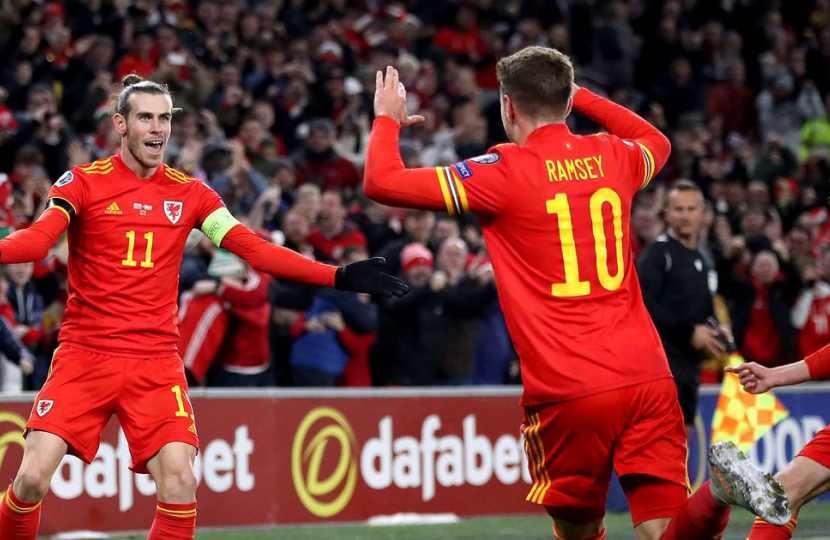 Janet Finch-Saunders is today backing calls for Wales to host the Nations League Final in 2023. Wales who are in league A alongside Belgium, the second best team in the World, have shown that despite being a small country, Wales is a serious sporting nation.

Commenting on the prospect of potentially hosting the tournament’s final, Janet said.

“Wales continues to surpass international expectations and has built a reputation for being a serious contender against some of the world’s best international football teams. Their recent success in qualifying for the FIFA World Cup in Qatar shows us how far the men’s Wales football team has come and the power sport can have in bringing millions of people together for a precious 90 minutes.

For Wales to host the UEFA Nations League final would be a great opportunity for us to invite the wider European community to Wales and showcase the best of Welsh culture and heritage. With numerous stadiums across Wales that can be used, the nation is ready to host no matter the result.”

Janet goes on to add.

“The recent success of the men’s team should see renewed efforts for an international campaign to promote travel to Wales. Sport can be a fantastic soft lobby tool, and I would full heartedly support initiatives put forward by the Welsh Government to capitalise on this and see places such as Llandudno, Sir Benfro and our Capital become a part of peoples travel plans for the summer.”

Janet wishes to congratulate the Wales team on their game against Belgium on the weekend, where they drew 1-1 and yesterday against the Netherlands where they unfortunately lost 3-2.