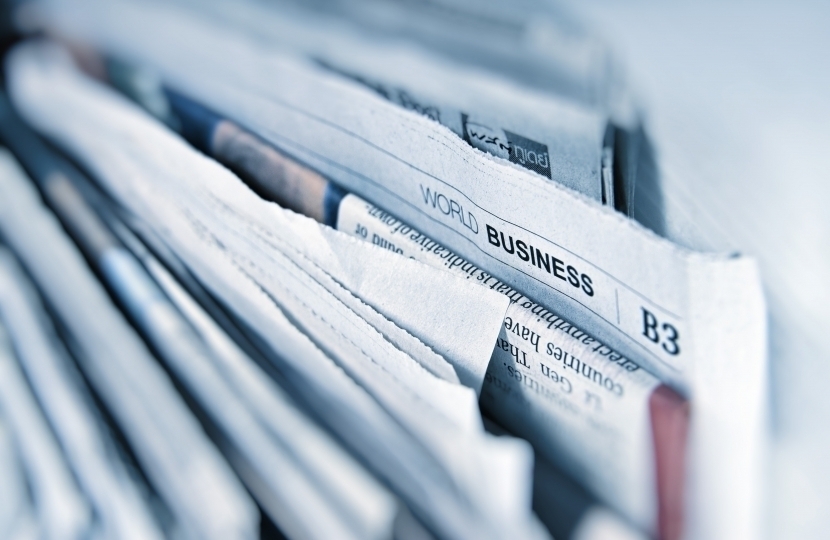 As I am writing this column it has already been a major week for climate change. COP26 is seeing considerable progress made towards securing global net zero by mid-century and keeping 1.5 degrees within reach.

More than 100 countries have promised to reverse deforestation by 2030. The pledge includes almost £14bn of public and private funds. Dozens of countries have joined the initiative to cut emissions of gas by at least 30% by 2030.

The UK has secured a 190-strong coalition of countries and organisations with commitments to phase out coal power. And over half of the UK’s largest businesses have committed to eliminate their contribution to carbon emissions by 2050, representing a total market capital of over £1.2trillion and combined annual turnover of £700billion.

I am excited to see what further agreements are made as every measure taken to combat climate change has an effect on Aberconwy. Many will know that I have been working with residents, authorities, and private businesses for years so to try and combat the risk of flooding to our communities the length of the constituency.

Whilst we have secured positive change such as emergency works at Perthi and Y Berllan, and additional culverts under the railway in Llanrwst, I do not doubt that the number of flood events and their severity is being worsened by climate change. I am trying to secure legislative change so to protect our communities.

In fact, I am going to be leading a debate in the Welsh Parliament on the need to explore options to strengthen the approach to reducing flood risk and the response to flood events. For example, I will be calling for:

- a duty to be placed on the Welsh Government to facilitate independent inquiries into significant flooding events, such as those we have seen in the Conwy Valley;

- the establishment of a National Flood Agency to co-ordinate flood risk management and the response to flooding events;

- a permanent fund so that finance is immediately available to get through the initial clean-up stage of any flood event;

- and the establishment of a duty for the Welsh Government to take reasonable steps to protect sites of historic and national significance from flooding, such as Tu Hwnt I'r Bont and Gwydir Castle.

I am using the levers at my disposal to try and protect our communities from the threat of climate change.

During the first week of COP26 I led a debate in the Senedd on the urgent need to bring forward key pledges such as a clean air Bill, banning of single use plastics for non-medical use, and a deposit-return scheme (DRS).

You may know that a kerbside DRS pilot took place in Conwy, between June and July. It saw a 97% participation rate. This shows the public appetite for action, so I am extremely frustrated that Wales is still waiting for Wales-wide Welsh Government action despite there being clear cross-party consensus.

All of us have a role to play in protecting our communities and climate. I hope that this column has assured you that I am trying my best to do my part for Aberconwy and Wales.