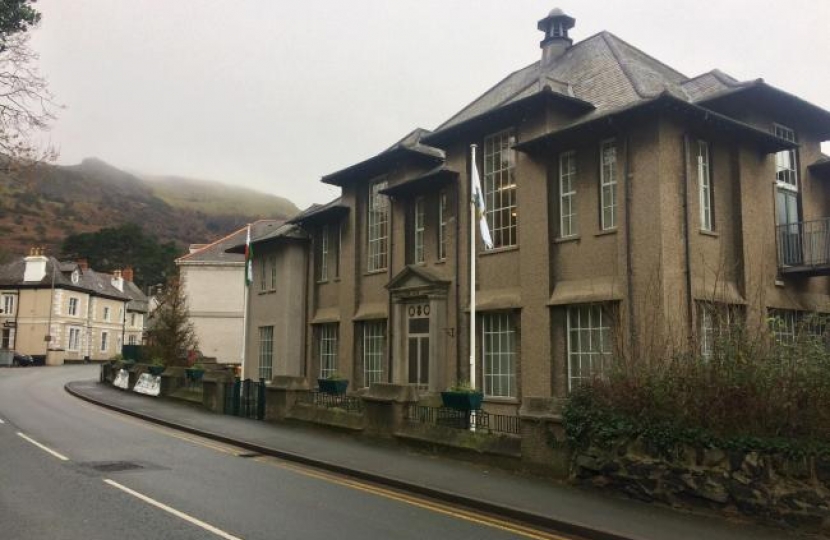 COMMUNITY initiatives in Penmaenmawr face cuts to funding as the town council has exhausted its financial reserves.

The Council has decided grants to the Pen food bank, the museum and the library will be cut in half next year and the three community centres will not receive automatic grants but will have to make individual applications.

Additionally there will be very little or no money to support organisations which apply for ad hoc grants, such as Big Rock event, children’s play groups, sporting and cultural societies such as the Conwy sea rowing club, and the new majorettes troupe.

Provision of community skips will also be cut in half next year.

A report to the council said: “Over the past four years, Penmaenmawr’s income has remained relatively static at approximately £135,000.

"During the same period expenditure has increased by almost £100,000. To fund the extra expenditure, monies have been withdrawn from the reserve account.”

But the report also said: “There is no evidence to suggest that any form of malpractice has occurred.”

Cllr Kara Prior said: “I have great concerns about how finances were managed in the council and how they have come to this position.

"In the future there will be greater scrutiny of expenditure.”

Cllr Denise Fisher added: “I have concerns about the financial situation which is due to previous budgetary decisions.

"However we have now taken steps to control expenditure primarily by establishing a finance committee.

"But for the next year we will have to be very careful with expenditure to get our finances back on track.”

Cllr Jason Edwards said: “I am naturally saddened and very concerned at the discovery of these historic spending issues, and I am committed to ensuring we have stringent financial procedures in place to safeguard public finances.

"To increase transparency in the council's actions I have also arranged for all public meetings to be broadcast live on YouTube, which will begin in the very near future.

Cllr Dafydd Lloyd-Borman, Penmaenmawr’s mayor and chairman of the council, said: “Instead of giving grants to organisations automatically we will look at applications and decide on their merits.

"We are embarking on an ambitious project to refurbish the promenade and have secured funding from other sources.

"We are in a much better position than previously because we have a very good financial officer, a finance ctte and are training cllrs to have a better understanding of our finances.”

AM Janet Finch-Saunders added: “I am very shocked to learn of the sums involved in spending by this community council.

“The erosion of such a huge amount of money, £100,000, in such a short time period raises many questions in terms of financial probity and transparency of spend.

“I urge the community council to publish a statement outlining exactly how this situation has arisen.

“The ever increasing annual council precept over the past few years has been eye watering.

"Therefore all councillors who sit on Penmaenmawr Town Council have a duty to explain how they have scrutinised and challenged the spending of these monies.

“It  appears to me there has been a significant lack of transparency as to how such a healthy balance of reserves has been eroded to such a small amount over a very short time period."