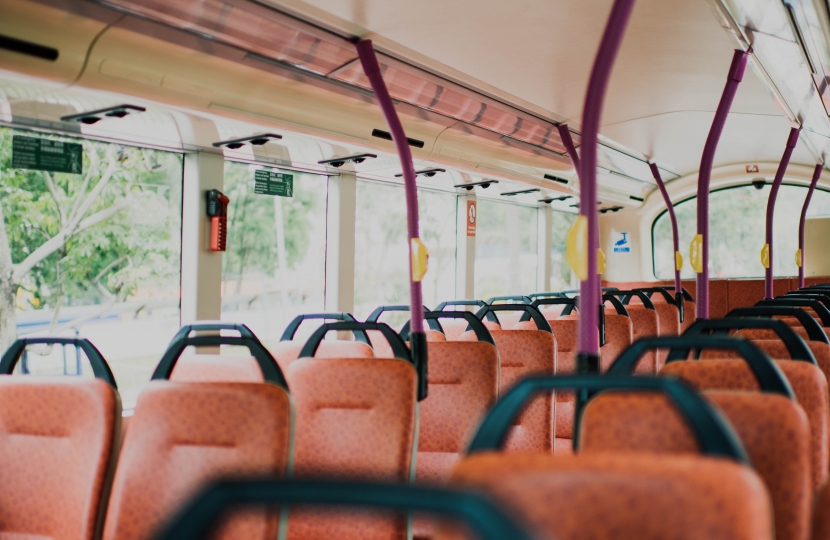 The Member of the Welsh Parliament for Aberconwy – Janet Finch-Saunders MS – has today (17 July) called for urgent action from the Welsh Government to provide long-term assistance to the nation’s bus operators.

The COVID-19 pandemic has led to passenger numbers falling by around 90%. With social distancing measures now restricting the number of passengers that may board a vehicle, many operators are reporting an unprecedented fall in revenue and face issues covering the cost of services.

“Buses are the most frequently used method of public transport in Wales and are an essential daily necessity for many residents of Aberconwy. They have supported our key workers throughout this pandemic and will be central to our nation’s recovery in the months to come.

“In my conversations with industry officials, many have heralded the UK Government’s furlough scheme, that they say provided a lifeline and kept staff members in employment. However, they are dismayed at the slow response of Mark Drakeford’s administration which, they claim, is putting unprofitable routes at risk.

“Whilst the recent announcement of a Bus Emergency Scheme was a step in the right direction, this short-term assistance seemingly fails to realise that social distancing rules will inevitably hamper revenue for the foreseeable future.

“The Welsh Government needs to put the brakes on any further cuts to services by outlining a long-term funding assistance plan to support operators. We cannot have the people of North Wales feeling abandoned and isolated by a continuation of the current skeleton service.

"Inaction by the Welsh Government could result in residents reverting to private vehicles for their future daily commutes, which would be disastrous for the environment at a time when the highest ever temperature has been recorded north of the Arctic circle."