Questions to the Minister for Finance and Trefnydd: The Budget's Impact on North Wales 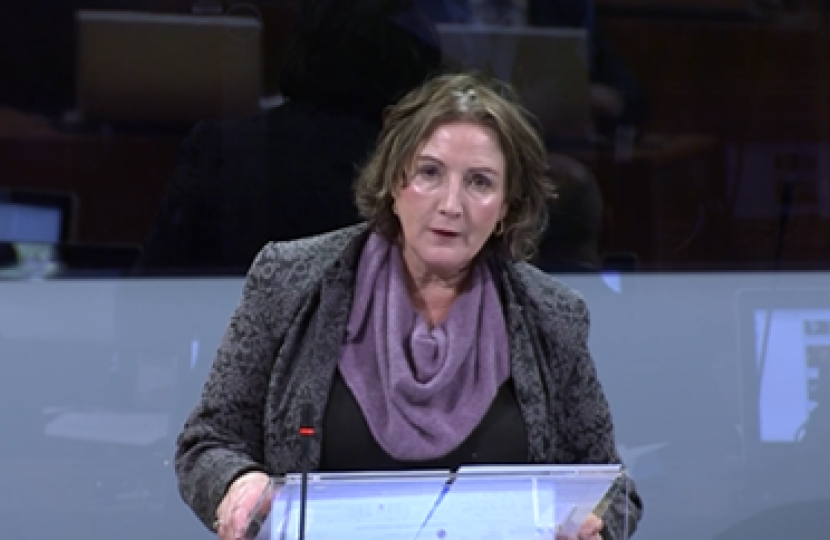 In welcoming the £400 million increase to health and social care, we must note that this is less than the three-year cumulative overspend across the NHS. In north Wales, we have seen Betsi Cadwaladr University Health Board record deficits of £20 million in 2015-16; £30 million in 2016-17; £39 million in 2017-18; and £41 million in 2018-19. These failures to break even are despite the health board having received £83 million in special measures funding. Now, as you know, Minister, light is not yet there on the horizon as the board is forecasting a £35 million deficit for 2019-20, missing your own target by £10 million. Since special measures, it cannot be argued that the health Minister has overseen and indeed allowed a poorly performing health board to become a huge financial vacuum. What assurances can you give me that money sent to this health board for 2020-21 will come with a solid strategy in place to clamp down on excessive spending and even more excessive waiting times?

Minister for Finance and Trefnydd:

As I mentioned in the statement yesterday, the local health boards across Wales will be coming forward with their plans and their proposals for 2020-21 by the end of the month, and the health Minister and his officials will be robustly scrutinising and challenging those and then the health Minister will accept or not accept the plans as they come forward. Obviously, a focus on improvement and a focus on value for money will be at the heart of those considerations.