Questions to the Minister for Health and Social Services: Questions Without Notice from Party Spokespeople (5/6/19) 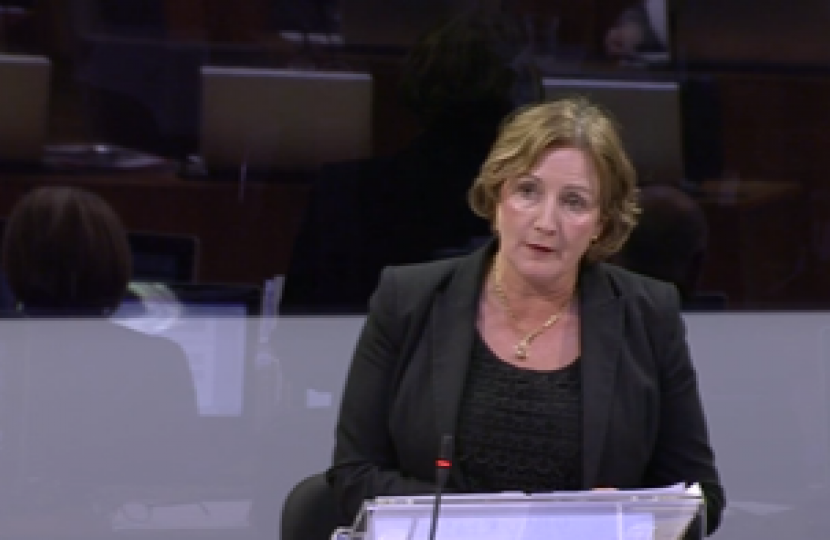 Diolch, Llywydd. Care Forum Wales, and I do hope the Minister is fully aware of this, has undertaken a major survey into care homes across Wales. The results are startling. What has been revealed is that 16 per cent of care homes across Wales expect to close in the next five years. This is alarming, as is the fact that Care Forum Wales has estimated that more than 1,500 beds could be lost in Wales between now and 2024. To put this into context, the number of care homes for older adults has fallen by 4 per cent and the number of beds is already down 247 from 2014-15. Clearly, care home numbers have been and continue to decline. What action are you taking to reverse this and actually enable an increase in the number of appropriate care home beds?

Julie Morgan AM, Deputy Minister for Health and Social Services:

This is a matter of concern to the Government. We are concerned about the fact that the care system is stressed and we are trying to do what we can to rebalance the care sector. One of the things we're doing is to try and encourage different models of care. So, for example, we are encouraging local authorities to consider taking more care homes in-house. We also are looking to see if we can develop co-operative models. So, we are looking at the care home system in a wider way. We're also trying to encourage the status of those working in care homes. For example, we've had a big campaign to try to attract more workers into the care section, stressing the importance of qualifications, and how to develop. And also we've improved the registration system. And we think that all those issues are going to make the care system more viable.

Thank you, Deputy Minister. A central issue that needs addressing, however, is care home funding. This is supported by Mario Kreft, who works very hard in this sector, chair of Care Forum Wales, who has commented publicly—this is what he says:

'We know that we’ve got over 80 per cent of the social care providers saying how difficult it is to attract and retain staff and the only way that be addressed is through increasing fees to realistic levels so money can be invested in the front line instead of the back office.'

The message is clear, Deputy Minister: care homes are underfunded by local authorities, and by your Welsh Government, and our health boards, to such an extent that staff—[Interruption.]—can you allow the Deputy Minister to respond to me, please—to such an extent that staff cannot be retained or paid appropriately. This is unsustainable. So, will you commit to reviewing the funding formulas used to determine fees for publicly funded individuals?

What we already have done is we have increased money to cover the living wage, so that that will help care homes in bringing up the payments to their staff to the living wage. And we're also doing some of those things that I mentioned in my earlier question—we're doing all we can to improve the status of care home workers, because I think that is one of the crucial things to do. Because looking after elderly people and children surely must be one of the most important jobs there is, and yet the status of those staff is not very high. And we do know that the wages are something that we are addressing, we've been addressing the zero-hours contracts, and we've been looking at the time that people take to travel for domiciliary care. So, I think that we are addressing these issues, but I don't deny that it is an issue, and it is a problem that we are addressing.

Thank you. Deputy Minister, you'll be aware that care homes do apply to local authorities to authorise deprivation of liberty safeguards applications. Now, according to the annual monitoring report for health and social care 2017-18, managing bodies such as care homes have been waiting an inordinate amount of time for authorisation of applications. Now, despite Welsh Government guidance stating that standard applications should have been received, and a decision made within the 28 days before it is required, the average number of days in Wales between an application being received and a decision being made by local authorities reached over 200 days in Rhondda and Flintshire, and over 300 days in Ynys Môn. Clearly, social services across Wales are struggling to process applications. What action are you, or, indeed your Government, taking to help them, so that care homes receive these very important decisions sooner?

I thank Janet Finch-Saunders for raising that important issue. This is something that I will have to go back and have to look at, to look at the details, and come back to her with an answer.