COVID-19: Questions to the Minister for Economy, Transport and North Wales 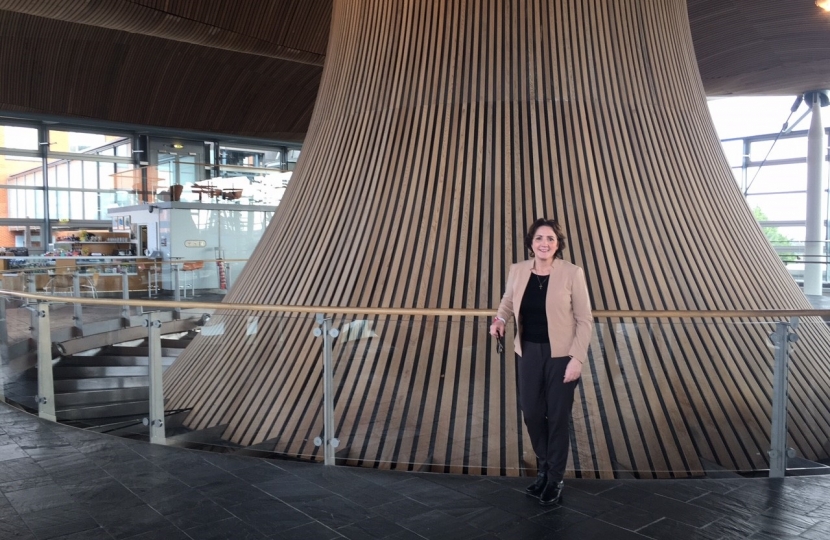 Janet Finch-Saunders MS, Member for Abercowny: Minister, you'll be aware that tourism usually generates more than £3.2 billion in revenue every year, with 40,000 Welsh hospitality jobs across Wales. The economic benefits to Conwy is £900 million. The sector is in a perilous state. We have already lost a number of hotels in Aberconwy, and many others have warned that not opening in August would be nothing short of disastrous. What are your intentions for reopening our hospitality accommodation that is not self-contained? Will you provide a timeline so that they can prepare in advance? Will you work with stakeholders in the sector, such as the British Holiday and Home Parks Association, to agree a plan for how social distancing can be implemented in the reopening of our vital tourist accommodation? Will you allow the opening of restaurants, pubs and bars on 4 July, as is being considered in England? And finally, will you please open the Welsh Mountain Zoo? Social distancing can take place there, as it's outdoor activity? It's a must-do; please do it, Minister.

Ken Skater MS, Minister for Economy, Transport and North Wales: Can I thank Janet Finch-Saunders for her questions, and first of all assure her that huge support has been offered to the Welsh Mountain Zoo? And the Welsh Mountain Zoo, unlike zoos in England, has not been required to stay closed; it's legislation that was introduced in England in the last week to keep zoos closed that's prevented zoos from reopening. Here in Wales, that legislation does not apply. The reason that zoos in Wales are not able to open at the moment is because they would simply not be able to generate the footfall and therefore be able to generate the income to make it financially viable to open right now. Why? Well, because, as I've already stated, more than 60 per cent of people in Wales—and that's a figure that's reflected in many, many parts of the UK—are too nervous to leave their own homes, never mind to access businesses, to go to visitor attractions. But the fact of the matter is that businesses that rely on visitors—those visitor attractions—will require people to have the confidence to access them. People won't have the confidence unless the R number is brought down sufficiently for them to feel confident, unless we really are making sure that the virus is fully under control.

Now, in the meantime, the sort of support that's being offered to zoos in Wales, I think, has been extraordinary, bearing in mind that we did not get a single penny of consequentials, based on the UK Government's zoos fund announcement. Now, we have opened up the economic resilience fund to zoos in Wales. There are 30 registered and licensed zoos in Wales. We've written to each and every one of them to ensure that we fully understand the implications of coronavirus and so that we understand where we might be able to assist. And as a result of the economic resilience fund, we've been able to make eight offers of support to zoos in Wales. The Welsh Mountain Zoo is one of those to have benefited from the economic resilience fund. It's also benefited from the Development Bank of Wales's COVID-related loan scheme—two schemes that are exclusive to Wales, and that support amounts to £335,000. Contrast that—had we got a Barnettised consequential of the UK Government's zoos fund, it would have amounted to just £700,000, which would have been nearly double what has been spent on just one single zoo in Wales. That demonstrates why we can say confidently that zoos in Wales have been better protected through this pandemic than elsewhere.

I am determined to make sure that we do all we can to support the safe reopening of zoos when they choose to reopen, but—I have to stress again—what is going to be crucially important is that the general public have the confidence to leave their homes and to go and visit such attractions. Because if people don't have confidence, they won't go to them—they won't hand over money for tickets, income won't be generated, and what will happen then? We only get one shot at reopening businesses and at reopening attractions.

It will be impossibly difficult for the Welsh Mountain Zoo, or any other zoo for that matter, to be able to put their workforce back into furlough without the UK Government giving any indication that that would be possible. It will be impossibly difficult as well, once a zoo is open and then chooses to close, to provide sufficient confidence in the term afterwards to guarantee that they will be able to reopen and then stay open. So, we've offered the certainty of the review points, and the next review point is on 9 July and then 30 July. And we've said to people, with the certainty of those review points, 'You'll be able to plan for reopening, where we believe that it can be carried out safely, and that those physical adaptations that are required for a business to reopen, or an attraction to reopen, can be implemented in a timely fashion.'