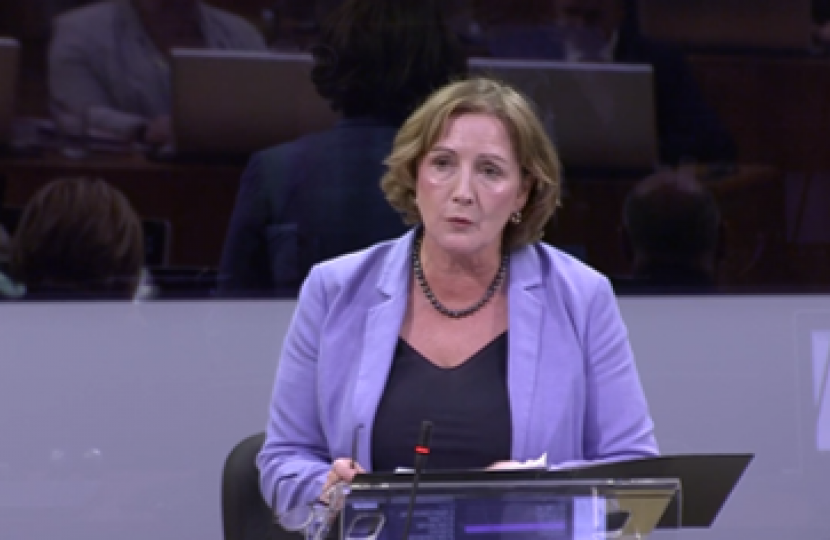 Thank you. Can I call on Janet Finch-Saunders to reply to the debate?

Thank you, Deputy Presiding Officer, and thank you, Minister for your response. But, let's be clear here today, no-one can doubt that the Welsh Conservatives and others in this Chamber are passionate about ensuring the improvement of sufficient provision for those with autism and their families. We've been reminded of this only today and need only to look back to January, when the Welsh Labour Government shamefully rejected the Bill by Paul Davies AM, the autism (Wales) Bill.

A Bill that, when it came forward in 2015, was voted through. Yet, it is after that stage that the politicisation came in—[Interruption.] I'm sorry, Hefin, but that's the fact.

As my colleagues in this Chamber have explained, it is paramount to the overall success of the IAS that the Welsh Government fully considers the issues raised by the evaluation of the integrated autism service and the autism spectrum disorder strategic action plan final report, and that it implements its recommendations. Indeed, even the National Autistic Society Cymru has described it as providing a clear picture of where improvements now need to happen. Mark Isherwood was quite right to highlight the calls for better implementation, strengthening autism empowerment and an action plan for education and employment and the value that they bring to the workplace.

The Welsh Government has nowhere to hide, so it needs to agree to the change requested by Members sitting on these benches and some over there. Indeed, it is not acceptable to simply advise that this will be considered by the Welsh Government autism policy team as part of the development of the autism code of practice and policy development in 2019-20.

I am concerned about the fact that the autism spectrum disorder strategic action plan annual report 2018-19 is vague in its proposals, and many of my constituents and their families are. There needs to be financial support to support the development of the IAS beyond the 2021 deadline. Surely, service users should be given relief now through you agreeing to clarify the future funding arrangements for the integrated autism service. Calls have been made for the development of a clear and consistent monitoring system to provide sufficient support and services to those with autism and their families that reflect the wide range of needs that they may have, placing the integrated autism service within a broader approach to support autistic people and to deliver the priorities of action including the increasing of education opportunities.

Helen Mary, you were quite right to endorse the need to listen to the families in all this and those suffering with autism—how they can actually play a part in delivering the very services that they need, and how, sadly, as of today, people with autism—[Interruption.] What's outrageous is that you rejected the Bill, so enough said from you.

I implore the Chamber to agree to our motion.