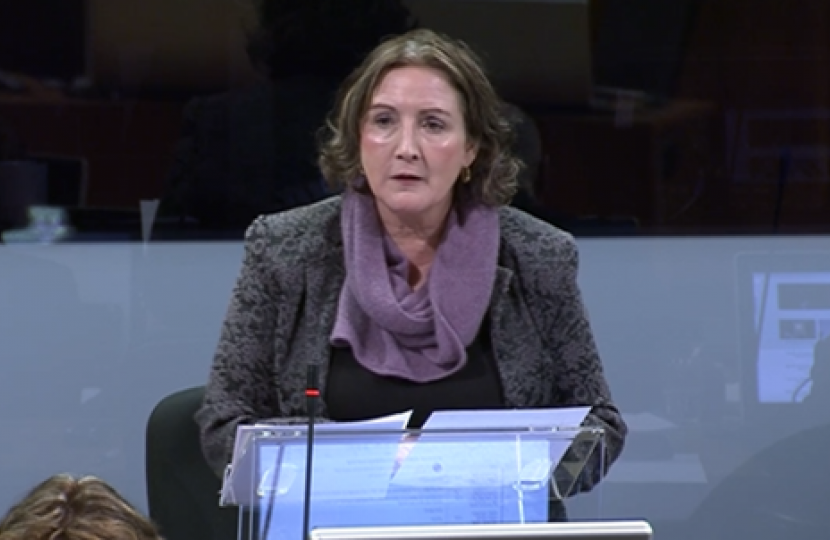 Small towns in Wales account for almost 40 per cent of the population of Wales. In constituencies like Aberconwy, almost the entire population is dependent on towns, such as Llanfairfechan, Llanrwst, Conwy, Penmaen-mawr, Betws-y-coed, and Llandudno of course, for banking, shops, libraries and many other service industries. In fact, FSB Cymru has found that only 8 per cent of the population feel that towns are no longer relevant.

By looking after our towns in Aberconwy and in Wales, we would reap rich dividends, building up our high streets, empowering our entrepreneurs and building up our tax revenue, and, in general, creating more money for our public services and placing more people in gainful employment. Unfortunately, though, many towns are experiencing challenges, such as struggling high streets.

In the most recent quarter, Wales has had a retail vacancy rate of 13.4 per cent. This is a higher shop vacancy rate than any other part of the UK, and in the four weeks between September and October last year, overall footfall declined by 5.2 per cent compared to 2018. As a Government, you must take urgent steps to help our businesses, our high streets and our communities.

Businesses in Wales are being hampered by high, non-domestic rates, with Welsh companies having to hand over more than half of their estimated annual rent in tax—that's 52.6p for every £1. It is time for you to follow the Welsh Conservative lead, and our continued calls to adopt a policy of up to £15,000 for 100 per cent rate relief. This would succeed in achieving real business growth. More so, as chairman of the cross-party group on small shops, I have been working with many others in our pursuit of seeing genuine relief reform, such as by merging the small business, high street and discretionary rate relief. Have you ever spoken to a business that has tried to access this much-needed funding?

It is fair to say that some town centres have benefited from Vibrant and Viable Places. However, I've already spoken about Aberconwy and the amount of business rates revenue that comes into Wales, yet, the regeneration investment in north Wales has been agreed and allocated across the region, with the concentrating of investment funding being outside Aberconwy. And that's in a letter to me from the Minister. So, it will come as no surprise to you, therefore, that I agree with the findings of the House of Lords Select Committee on Regenerating Seaside Towns and Communities that seaside towns have been neglected for too long. In fact, five of the 10 most deprived areas in Wales are located within towns. And the Welsh index of multiple deprivation has shown that there are pockets of high deprivation along the north Wales coast.

We need to help the businesses within them to thrive and develop and give communities a say on their own progression. For example, through co-production—thanks to Mark Isherwood making that very much in our Record of Proceedings—we could see people providing and receiving services—[Interruption.] Would you like an intervention?

Now, according to the Carnegie UK Trust 2019 assessment, your mainstream policies are focused on collaboration rather than transformative co-production. There is a failure to sufficiently engage with communities. Problems with implementing the Localism Act 2011—as Angela Burns, my colleague, has mentioned here today—are proof of this, as provisions have not been enforced, such as the right to community challenge, to submit expressions of interest for running local authority services and bid for assets of community value. These are things that you can do in England, but not in Wales.

There are more simple steps that you can take to encourage co-production, such as the changes proposed by the future generations commissioner: a participatory budget process, early involvement of people in service development, and co-developing community spaces—

I'm almost out of time.

There is the will for community involvement in town regeneration and progression in Aberconwy, but residents are facing barriers. Consequently, I support the calls on the Welsh Government to establish seaside town and market town funds. You've got the levers, you've even got the money. Just, please, work with our business owners, and together in that partnership we'll have far more money for our public services. Entrepreneurship, employment and ambition—that's what Wales needs, and it's sadly lacking at the moment.