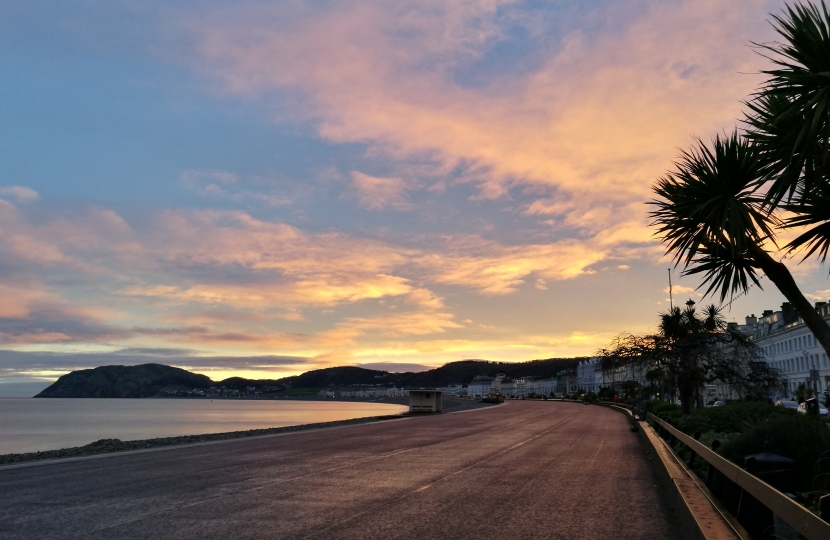 Janet Finch-Saunders, Member of the Welsh Parliament for Aberconwy, has secured assurances from the Welsh Government that The Llandudno Flood Alleviation Scheme Outline Business Case (OBC) for works at North Shore and West Shore are being reviewed.

Responding to a letter sent by the Member for Aberconwy, the Welsh Government Minister for Climate Change stated:

“I can confirm that the OBC has identified the local authority’s preferred option. Officials are reviewing the OBC, and a decision will be made in due course as to whether the scheme should progress to detailed design."

Commenting on the latest development in the long running campaign to see sand return to North Shore, Janet said:

“A major concern here in Llandudno is the presence of thousands of tonnes of quarry stones on North Shore, so I was pleased to write to the Minister emphasising that the option preferred by the community, Conwy County Borough Council Cabinet Members, Llandudno Coastal Forum, and me is that which includes the return of a sandy beach.

“If the Welsh Government want to help Llandudno thrive as a global tourist destination, it is essential that it dismisses business as usual, and backs our community calls for an effective sea defence which comprises the restoration of our sandy beach.

“I look forward to being informed as to whether the Welsh Government decide to enable the scheme to progress to detailed design, and welcome the fact that officials are now undertaking a review of the submission."