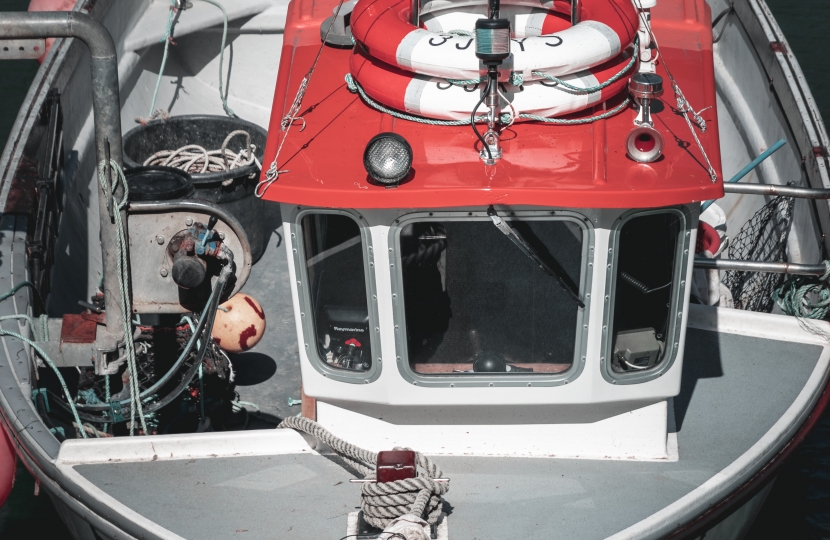 The Welsh Conservative Shadow Minister for Climate Change, Energy and Rural Affairs – Janet Finch-Saunders MS/AS – has written to the Welsh Government to call for urgent grant support to be made available to the fisheries sector in Wales, in light of the collapse in demand for product as a consequence of Coronavirus regulations.

Mrs Finch-Saunders’ urgent letter to the Minister for Economy and Transport comes as the fisheries sector reports their exclusion from the ERF Sector Specific Grant due to the requirement to employ between 1 and 10 employees via PAYE. Many Welsh crew members are instead employed on a share of catch basis.

The Minister for Environment, Energy and Rural Affairs has previously confirmed to the Senedd’s CCERA committee that the Welsh Government were not planning to extend the Welsh Fisheries Grant, despite the scheme being called a “welcome lifeline” by the Welsh Fisherman’s Association.

Commenting on the need for sector specific support, Janet said:

“A vitally important part of the hospitality and tourism offering in Wales is seafood, demand for which has understandably collapsed due to the closure of hotels and restaurants. This greatly impacts our fishing businesses which tend to have very high fixed costs that cannot be avoided.

“As a nation with a proud seafaring tradition, the importance of this sector cannot be overstated. Our relationship with the sea has not only helped to shape our nation’s history, but also our culture. Now, some of our fishing crews have been left in the lurch without a steady income on which to rely.

“For this reason, I have written to the Welsh Government to ask the Minister for Economy to urgently outline what grant support will be made available to the fisheries sector in Wales in light of the collapse in demand for product.

“If a new fisheries grant cannot be provided, I urge the Welsh Government to acknowledge the exceptional circumstances of share fishermen, and commit to not refusing any application by the fishing sector to the Sector Specific Fund, on the basis that the PAYE requirement has not been met.”