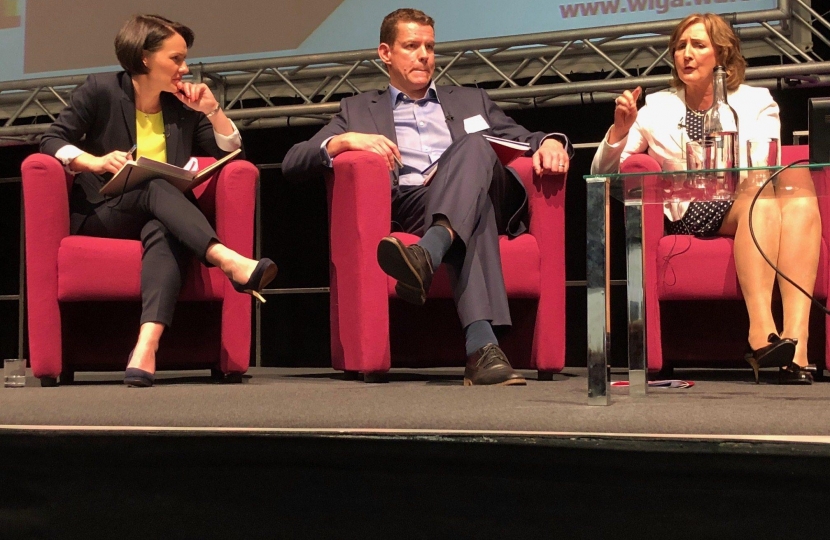 Welsh Conservative Shadow Cabinet Secretary for Local Government, Janet Finch-Saunders AM, has outlined her vision for the future of public services in Wales at the WLGA Conference, held in Venue Cymru, Llandudno last week.

The Member addressed the audience on a number of matter – ranging from health and social services, to local government reform.

Speaking on her proposals, Janet said:

“The suggestion by the Cabinet Secretary, and his predecessors before him, for local government reform alone has always struck me as somewhat arbitrary.

“Such a reform would need to focus on five key areas: local authorities, housing, social care, health and education.

“Local government reform alone simply will not work – and I am pleased that the Cabinet Secretary has dropped his plans for forced mergers.

“We talk a lot about the need for health and social care integration – and there has never been a more urgent time for this to be fully addressed.

“With an additional £1.2bn coming into Wales from the UK Government, I strongly feel that this must be prioritised for the health and social care sectors – to ensure seamless integration, without costly overlapping functions, and to futureproof services for the years ahead – where we are going to see ever increasing demands on our social services.”