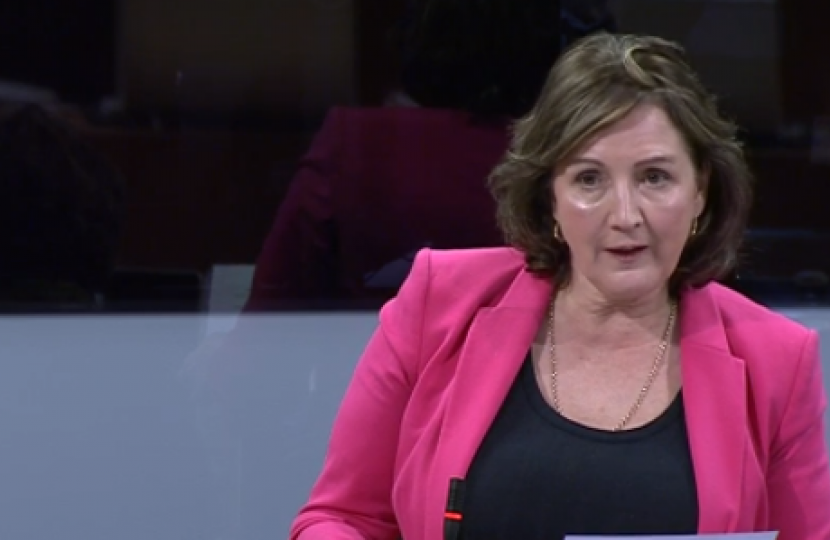 The Minister for Health and Social Services failed to address urgent calls for review and reform of the A&E department at Ysbyty Glan Clwyd this week.  This was requested by Janet Finch-Saunders, Shadow Minister for Social Care, as she highlighted the fact that Ysbyty Glan Clwyd has the worst performing A&E in Wales, and has not once hit the 95 per cent target for patients seen within the four-hour target time.

The Health Board was also the worst in Wales on 12 hour waiting times with only 81.9 per cent being seen within the target in November 2019.

Commenting after her scrutiny of the Minister, Janet said:

“A&E has seen a decade of decline across Wales, with the percentage of patients seen within the four-hour target time falling from 90.9 per cent in October 2009 to 74.4 per cent in November 2019.

“As I explained to the Minister, the sirens are screeching loudest in Betsi Cadwaladr University Health Board, which, as a whole has fallen from 93.7 per cent in October 2009 to 72.2 per cent last November.

“The situation is even worse in every major A&E department at the board, with Ysbyty Gwynedd only seeing 69.9 per cent, Wrexham Maelor 62.5 per cent, and Glan Clwyd 57.5 per cent.

“I appreciate the significant pressure emergency departments are under this time of year, and the Minister’s observation that there has been outside intervention last and this winter, but it clearly isn’t enough.

“Not once in the last decade has Ysbyty Glan Clwyd hit the 95 per cent target for patients seen within the four-hour target time, so I am left wondering how many more patients have to be subjected to excessive waits before the Minister agrees to undertake a review and reform of the department”.

Questions to the Minister for Health and Social Services: Accident and Emergency Waiting Times