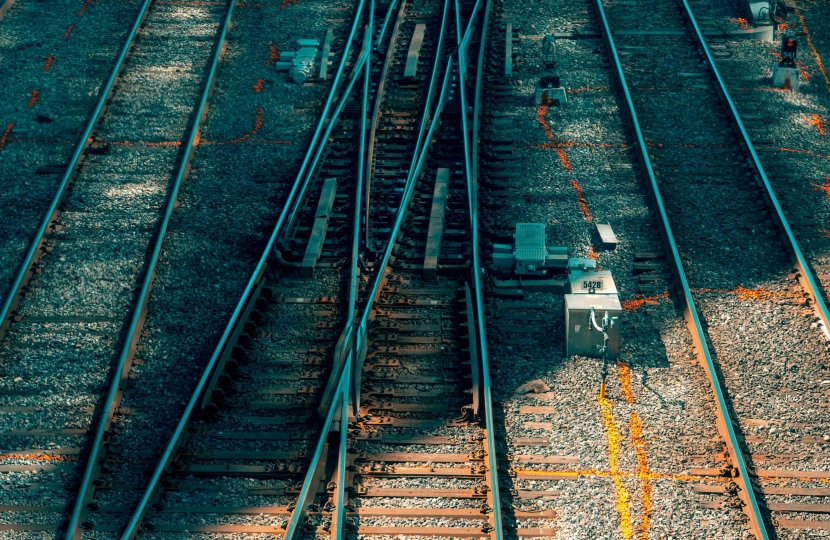 The Member of the Welsh Parliament for Aberconwy – Janet Finch-Saunders MS – has today (27 July) urged the Welsh Government to do more to open Wales’ public transport network to non-essential travellers and local commuters.

It is thought that such a move would help to ease the issues witnessed in Snowdonia over the weekend, when approximately 60 vehicles were turned away from the base of Snowdon before 8 am on Saturday. Concerns have also been raised by constituents who are finding it difficult to commute to their place of work.

Currently, Transport for Wales advises that rail journeys remain only for 'key workers and essential journeys.' Bus operators are also reporting issues as they look to increase their service volume, as highlighted by Mrs Finch-Saunders earlier this month.

Speaking of the issue, Janet said:

“With self-contained accommodation now being allowed to open, and Mark Drakeford’s arbitrary five-mile rule finally lifted, Wales is rightfully open to tourists in a move which I hope will help to avoid the predictions of major job losses in North Wales from becoming a reality.

“This is great news for Llandudno which, having just been recognised as one of the best seaside towns in the UK, remains one of the gems in our nation’s tourism crown and plays a central role in bringing £900 million to Conwy County, annually.

“So, I am dismayed to hear allegations that holiday makers who are travelling to North Wales by rail are being evicted from the train at the last station in England on their legitimate journey to their Welsh holiday accommodation. This means that tourists are having to use their cars to access our region, which has compounded long-standing issues with parking around our beauty spots.

“I urge the Welsh Government to safely reopen our nation's public transport network to non-essential travel, with the appropriate guidance issued to our bus and rail operators, as well as our many taxi drivers. Done safely, these moves will ease the issues witnessed in Snowdonia over the weekend and will bring much-needed business to our seaside resorts.

"This necessary change will also help a countless number of local residents with their commute to work,  by supporting an increase in transport options for those that need them. We cannot have the people of North Wales feeling abandoned and isolated by a continuation of the current skeleton service."